The Story of a Name

In yesterday's general audience the Pope spoke of St. Juliana and her contribution to the Feast of Corpus Christi. It reminded me of a beautiful saint, and it made me glad we had chosen Juliana as Juju's given name. 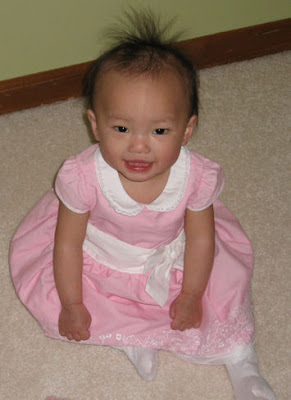 The naming of children is a wonderful privilege for parents. It seems immediately after finding out about a pregnancy the next question is, "Do you have a name?" and there are often beautiful stories behind why a certain name was chosen for a child. My very young girls already discuss what they will name their children, and even though I know this will change over and over again, it demonstrates how important giving our children the right name can be. For our family, we wanted a connection to our heavenly family so all of our children are named after Saints. 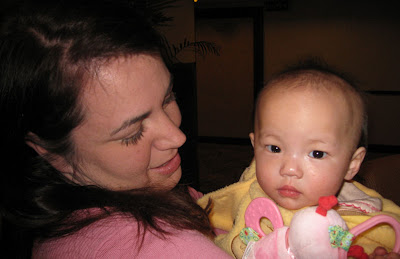 While naming children is a privilege, it can be quite a perplexing task. For some of our children we knew from the beginning what was the perfect name. For our last, we couldn't decide on a name until entering the delivery room and even then we were still debating. For other children, we had names picked out, only to change our mind at the end. There were times when the name we picked just didn't seem to be the right name for that particular child. 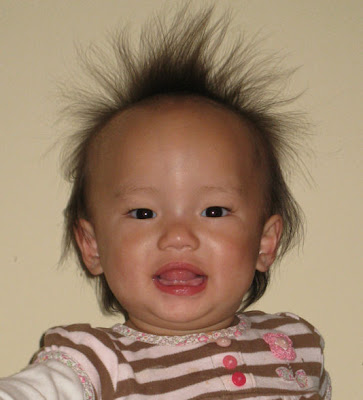 Juliana was one of the latter. During our long (over 3 years) adoption process, we had called the little girl we were waiting for in China, Therese. We prayed many times to St. Therese to watch over our little girl. We counted this child as a rose from heaven and we knew St. Therese had prayed for a priest in China. We called her Therese for so long, we had even decided on a nickname, Tess. We referred to Tess quite frequently in our family conversations throughout the adoption journey. 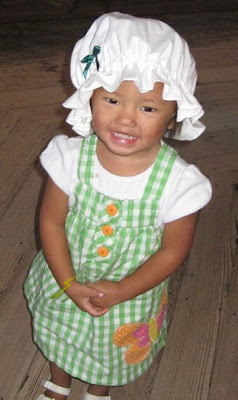 Then referral day came. We were sent a beautiful picture of our new daughter. After experiencing the birth of my three daughters, I was amazed at the emotions a picture on a computer monitor could elicit. I knew instantly she was an integral part of our family. I also, after recovering from the emotions of finally seeing our baby, knew Tess wasn't the right name. 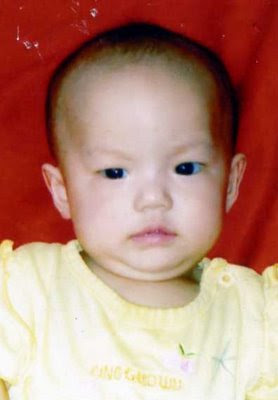 Juliana's Chinese name was Xiu Lian meaning beautiful or delicate Lotus, and is pronounced shoo leon. At some point it hit me that it sounded quite a bit like Juliana. Unlike our other children, named for cherished family saints, I didn't know of a Saint Juliana, I just liked the name. So I started doing a little research on any saints named Juliana not wanting to cross it off the list. I came across St. Juliana of Cornillon. When I read of her involvement with the establishment of the Feast of Corpus Christi, I knew we had found the right name. While Saint Juliana may have been unknown to me, Corpus Christi has always been a favorite family feast day. St. Juliana was even an orphan!

Two years later, Juliana is definitely suited to her name and I am thankful I learned, and am still learning more, about this beautiful saint. I hope that our dear daughter Juliana can, like her namesake, help answer the Pope's call to "renew our faith in the real presence of Christ in the Eucharist." 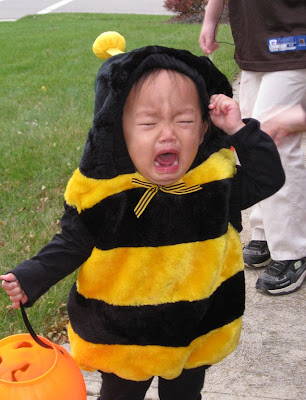 A friend once said to me that sometimes we don't find patrons for our children, their patrons find them. This certainly seems to be the case with our little Juliana.

P.S. We couldn't forget our beloved St. Therese, Juliana is blessed to have her for a patron as well and thus bears her name as her middle name.
Posted by Nikki at 6:45 AM

i love this post. i always love hearing about names.

Our last baby is claire juliette and I believe in her case her patron found her too! there is a saint juliette too.