The day finally came, we had to make the move to a twelve passenger van. Yes, that still gives us room for two more. Sheesh though, give us a chance to breathe. The two extra seats are still not enough to fit all the gear needed in my Mom Taxi, which has been in high demand with school starting and soccer season in full swing. It is big enormous. It is a gas guzzler. It terrifies me to have to park. I've yet to brave a drive-through, although with eight mouths to feed the drive-through was already a scary thing, unless I'm going for coffee. I have a feeling for that reason alone I'll learn to master the drive-through. 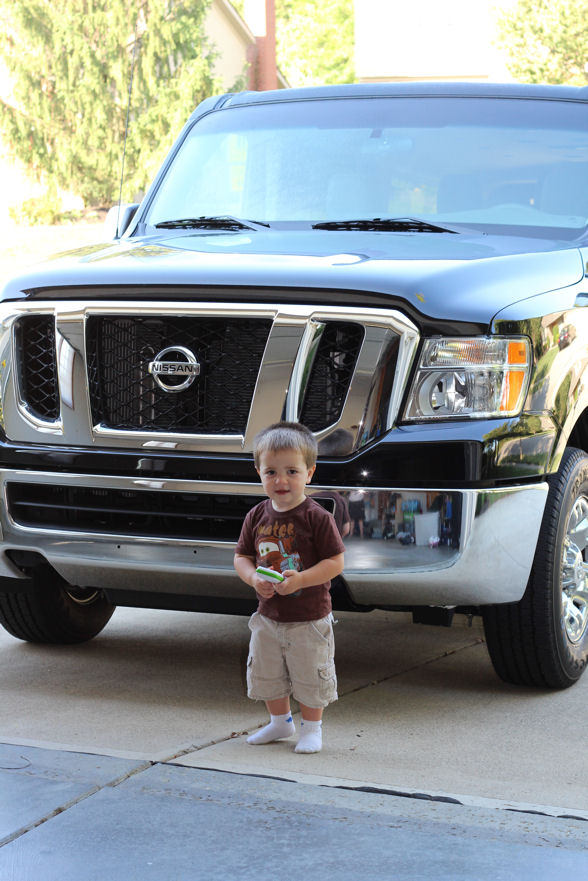 Cleaning out more than ten years of junk was quite a task. When we pulled out the car seats I'm pretty sure there was a large container of fries just dumped there. Not to mention goldfish, pretzels, assorted gummy things, and some grossness not worth mentioning. There were coffee stains, mud stains, who-knows-what-the-heck-that-is stains. There were worn spots from me getting in and out, indentations from ten years of car seats, dirt from at least three states. It was a bittersweet moment to pass it on to another family just starting out.

In the early years of our marriage, we hoped for a big family, we prayed for it. When our only car died and it came time to purchase a new vehicle we decided to plan for the future and, despite only having one child, we purchased a minivan. I remember how nervous we were sitting in the car dealership, Banana quietly playing at our feet as we sweat it out. I was especially apprehensive as I had never purchased a new car. The price tag seemed staggering. 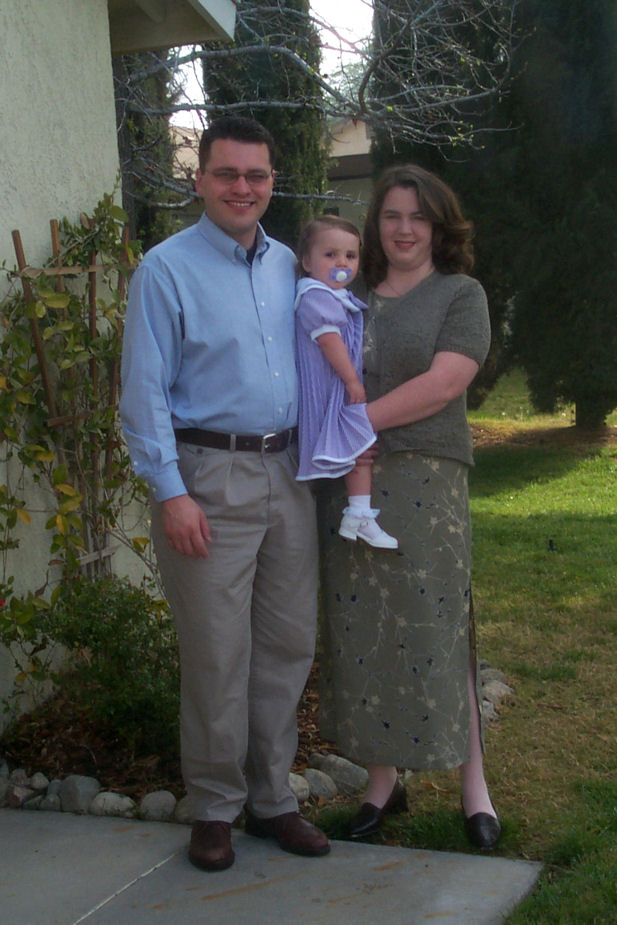 Our family when we bought our "small" family van

Then, less than a year later, we drove that car across the country as we moved to Pennsylvania. By this time, we were expecting Bear. The years went on and that car carried our possessions as we moved again, this time back to Ohio, but still we only had the two girls. 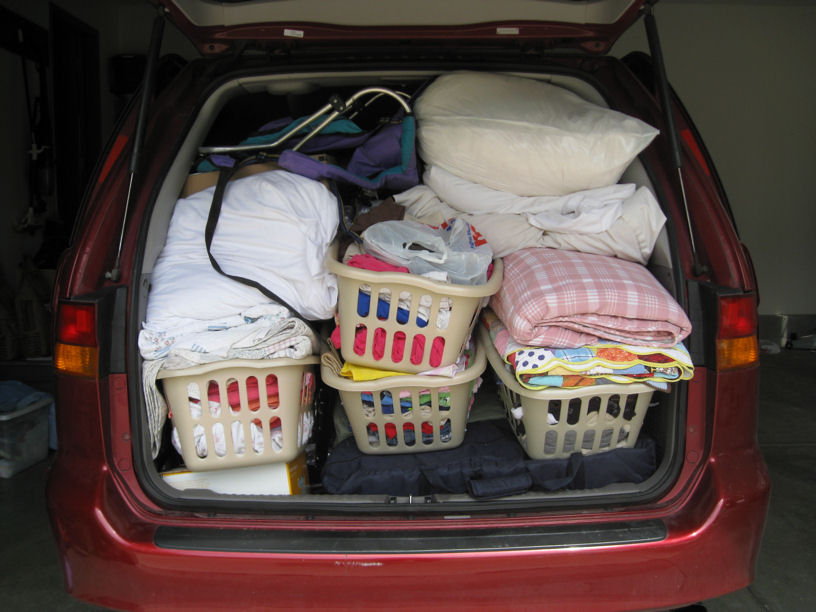 More than ten years and this was the only picture I could find of the old van. It was purchased before we owned a digital camera. How times have changed.

We began to feel guilty about our minivan decision. A car would have suited us fine. We didn't need the extra seats. We suffered multiple miscarriages and often doubted we would ever fill that van. Still it was our van and it really never brought us any trouble. Then came Bophie, then Juju, now we were thankful for the extra seats. More than eight years after purchasing the van, we finally hit capacity when Joseph and Gabe arrived within the span of a week. 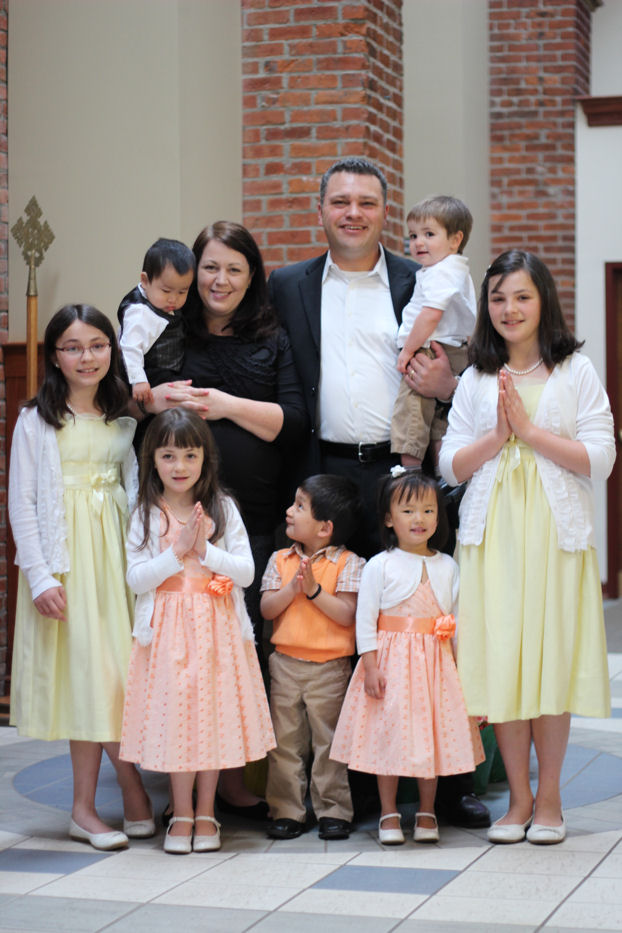 Our family now (Ellie in utero).

When we started Peter's adoption, we knew a new car was in order. We survived the first few months by driving two cars when we traveled as a family. I could still drive the kids around as needed without dh, but it was clear that we had outgrown the van we never thought we'd fill. Little Ellie's arrival sealed the deal. Now I couldn't even carry all the kids in the van, it was time for a new car. 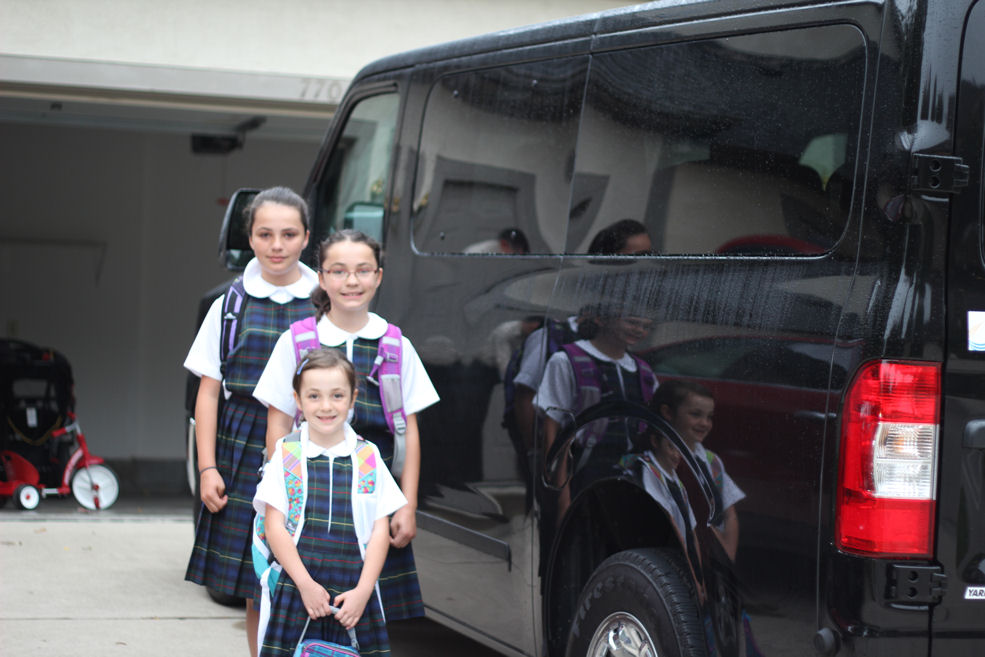 So the new era is upon us. We've passed that family-size milestone into a truly large family and we have the van to prove it :)
Posted by Nikki at 10:37 AM

Email ThisBlogThis!Share to TwitterShare to FacebookShare to Pinterest
Labels: van

This makes me smile. Same here. We bought a minivan after we just had one. Then we had losses and I also felt like it was wasted space. Then we went on to have 7 kids total that's 9 passengers counting us and there is no room for everyone we are still driving two cars right now but we need to make that leap too. And there are so many gross things in our car too.

PS we saw your van in the parking lot and I told Anthony it was yours and he was like "that is the most awesome looking van ever. Seriously? I mean. It's like a bus." He was an admirer!