I know it has been a long time since I posted. Trouble is, I have had three little ones full of boundless energy with Dad half a world away and unable to rough house, tickle, and run around with them. On top of that there is a fourth little one, in utero, sapping every ounce of energy I seem to have. We have been trying to get out of the house a little more so that the girls can burn some energy. The end result is that I am tired and the girls still seem like they could go for hours. 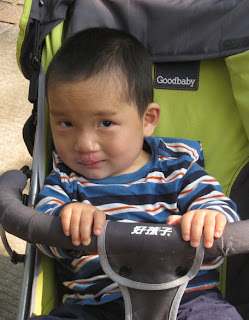 Meanwhile, in China, Dh, Banana, and Joseph arrived safely in Guangzhou. Joseph apparently did not enjoy flying on an airplane and this does not bode well for the long trip home with one leg of the flight lasting 14 hours. 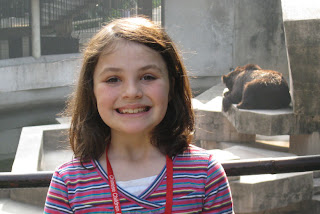 They are enjoying Guangzhou much more than Zhengzhou. It is warmer (60-70 F), and there seems to be more to see, better restaurants, and there are more adoptive families to meet. Banana, in particular, is enjoying talking to the children that have traveled to China with their families. She is also enjoying the breakfast buffet with more Western options. Joseph continues to eat well. Our morning Skype conversations usually end with him fussing to get down to breakfast. 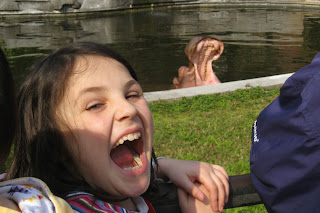 Dh and I spent quite some time in Guangzhou for Juju's adoption, but it sounds as though they are venturing off Shamian Island much more than we did last year. They visited a toy store which dh said was an absolute madhouse. At Banana's insistence, they went to the zoo. Dh thinks a zoo is a zoo, whether here or there, they are pretty much the same. They have explored some new markets, and revisited some of the ones dh particularly enjoyed on our last trip. 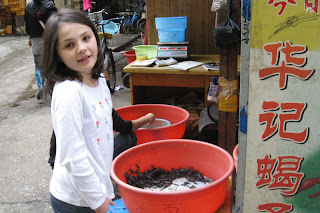 I have done my best to pick out some good pictures from those dh has had a chance to upload. The first or second day they were in Guangzhou dh was excited about the more than 40 pictures he had taken that day. I couldn't wait to see them. I couldn't believe it when I looked through all the pictures and found king cobras, slaughtered alligators, skinned opossums, and the likes. In all those pictures, there was not one, not one, of little Joseph. I gave dh a hard time that evening. He responded that Joseph prefers to ride in the stroller quite a bit so he felt like the only pictures he would have of Joseph were all just him in the stroller:) 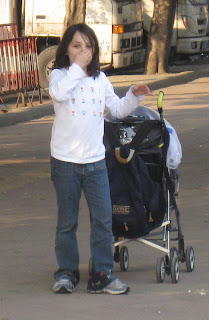 I've been wondering how it's going. I will pray for smoothe travels from here on out.

And I hope dh finds that shaving brush he was looking for last time! :)