He is risen indeed, alleluia, alleluia! 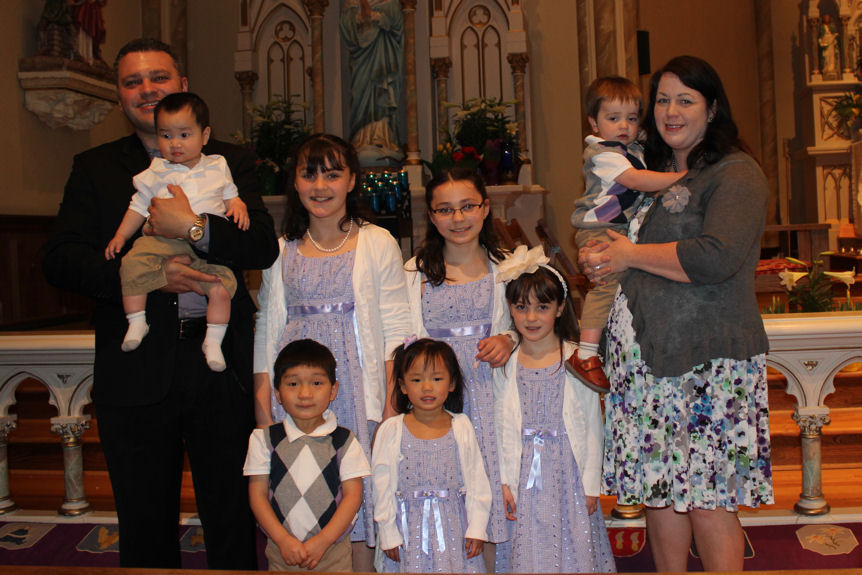 I honestly don't think that in our earthly life we will experience anything closer to heaven than Easter Sunday morning Mass celebrating the Resurrection of Our Lord. Maybe it's the pregnancy hormones, or the lack of sleep from basket and dinner preparations, or the joy of having made it through Lent, but I was moved to tears. 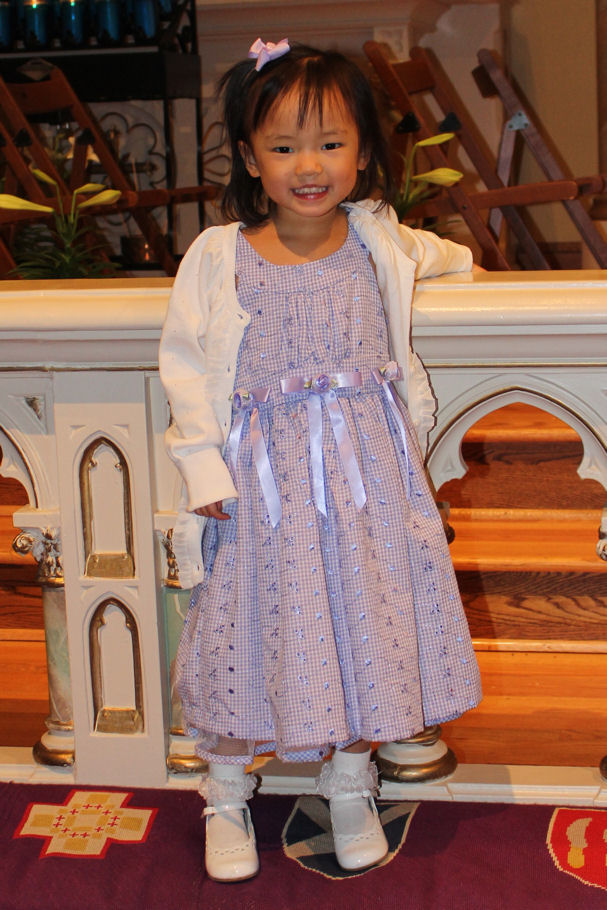 It is simply heavenly to see the little ones decked out in their Easter finest. Little girls in pastel dresses and white patent leather mary-janes, and little boys in vests and ties.To see the altar dressed in gold linens, the statues and art unveiled, the fragrance of hundreds of flowers adorning the altar and church. When the opening hymn began with the triumphant sounds of the brass quartet, and the congregation began to sing Jesus Christ is Risen Today, I was overwhelmed with the notion that this was a glimpse of heaven. There must have been angels all through that sanctuary.

Of course, we are still dwellers of this earth and our Easter Mass experience brought with us ample reminders of the work we are called to do while still here. 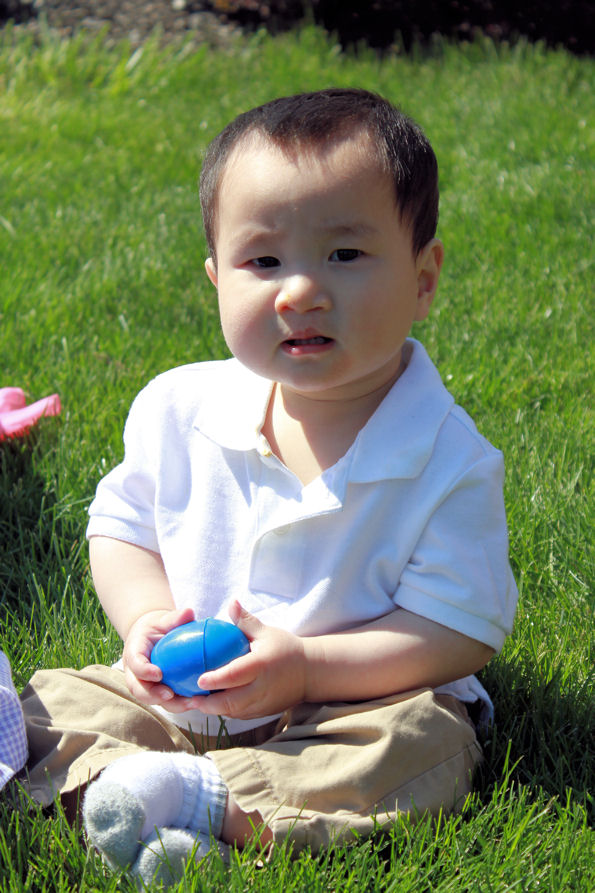 Little Peter fussed till he finally gave in and fell asleep, after twice letting his dad know in no uncertain terms that he was to be held by Mom. 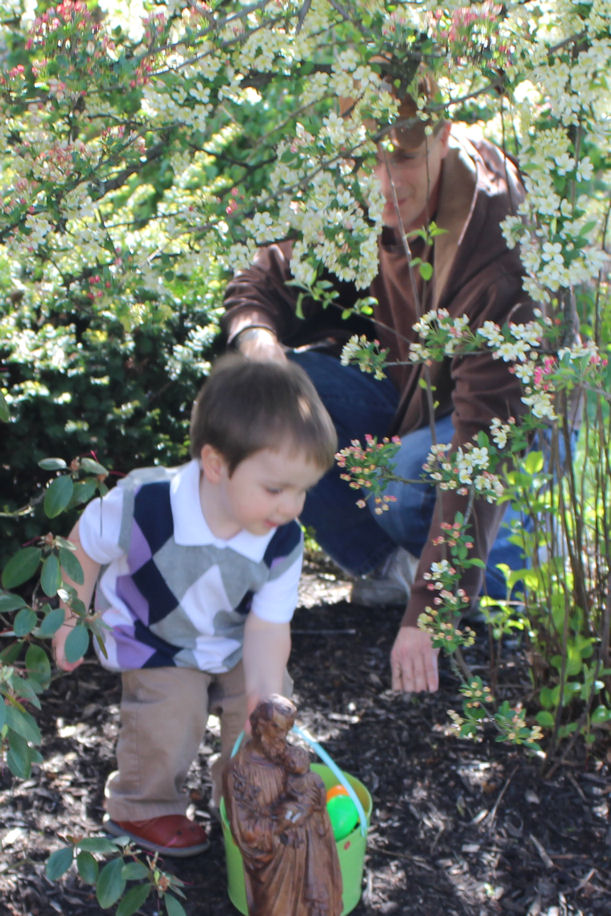 We have a cardinal rule of Mass survival that states that the feet of children under three never touch the floor in order to avoid the inevitable fall from the kneeler and accompanying head bump. We foolishly broke that rule and of course little Gabe took a good spill. 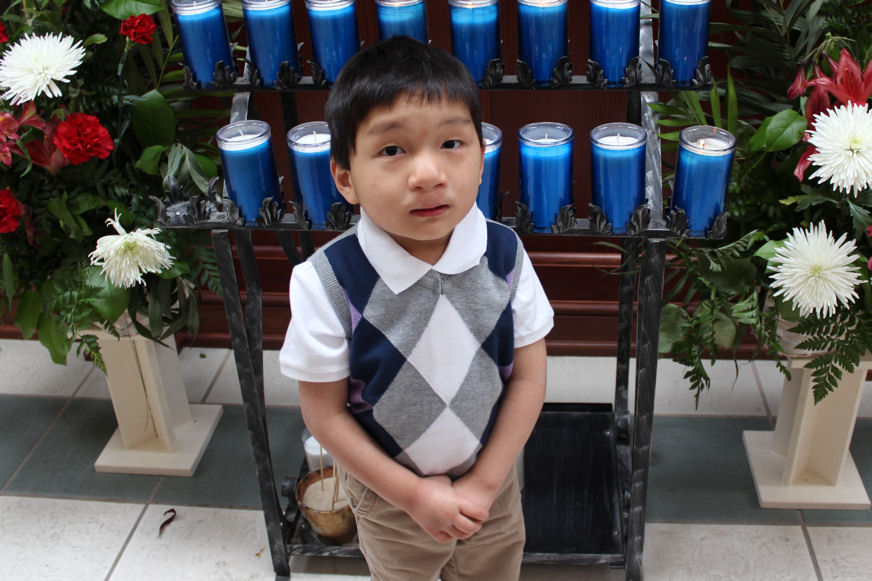 Then there was Joseph, who looks so angelic in this photo, he was calmer than normal because he wasn't feeling well. We thought he had done fairly well until we heard after Mass that when we weren't looking he was poking the backsides of those waiting in line to kneel at the communion rail, particularly the women (we also have another rule of Mass that we sit in the front row whenever possible). Yes, that's my son. 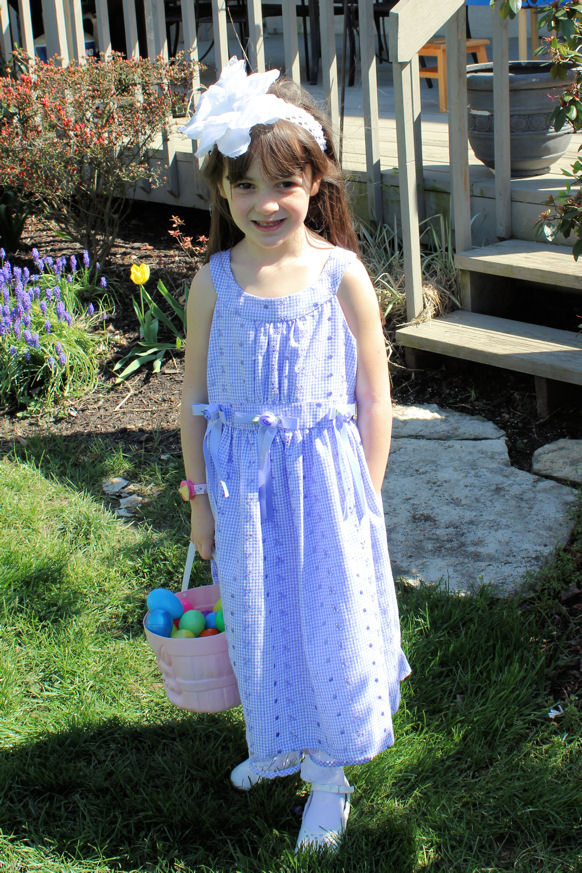 After Mass we enjoyed a wonderful family dinner, Grandma's much too generous Easter egg hunt, and homemade carrot cake. The weather was beautiful, the food delicious, and it was another memorable family celebration. Of course at the end I fell into bed exhausted, but so incredibly thankful for such a beautiful day. 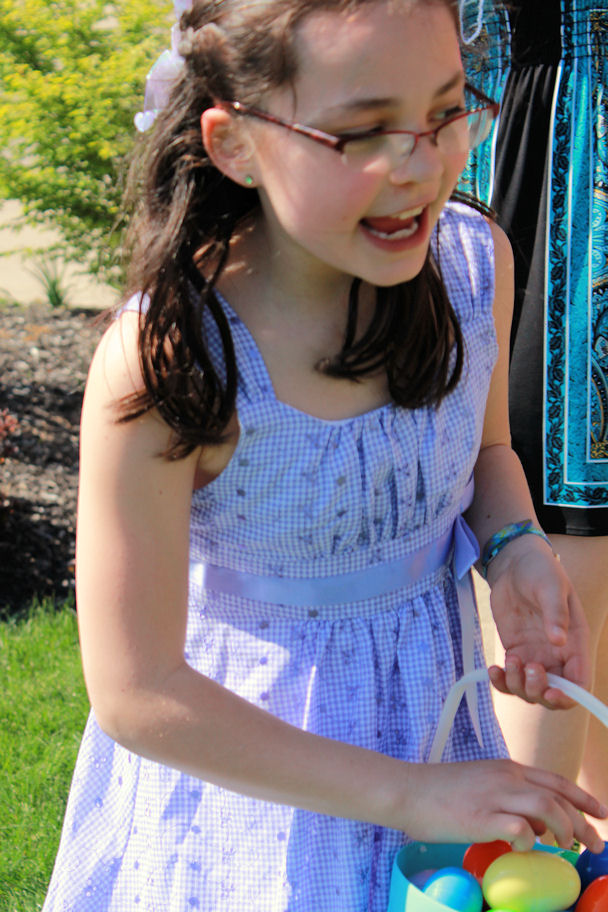 I could've written this post about Easter... I too need the full fifty days of Easter to unravel the mystery of the Resurrection! How wonderful the Church in her wisdom gave us so much time to celebrate. I think any mom who tries to pull off a holiday celebration knows that it is hard to contemplate or ponder the meaning of anything when you're so busy trying to coordinate baskets, and dresses, and meals, and somehow clean a house when seven little ones are so bent on it's destruction. I even remarked at our soccer games on Saturday morning (yes, as if this weekend weren't busy enough, we had our first spring soccer games too) that it was a good thing we had an octave of Easter because that was the only way we were going to have time to dye eggs. I just couldn't fit it in earlier. 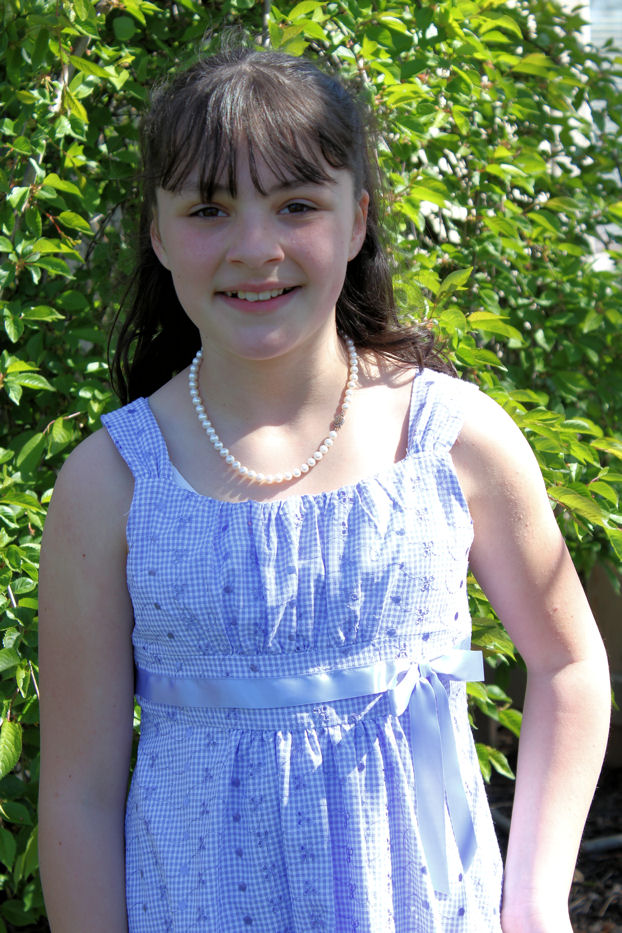 Email ThisBlogThis!Share to TwitterShare to FacebookShare to Pinterest
Labels: Easter