I think that I am going to need dh to chime in more often if I am ever going to be able to post more regularly on this blog. I certainly enjoyed his posts while he was in China, so maybe I can convince him to pop in every now and then (hint hint)...

Peter's first few weeks home have been pretty non-eventful for us. I, inevitably after the stress of dh's trip, got sick. The early spring has my allergies on overdrive and I had stopped taking my allergy prescriptions for fear of their effect on growing baby girl. That caused a sinus infection and an ear infection. Just another spring in Ohio. While it might have been normal for us, it was filled with firsts for little Peter.


His first experience with an over abundance of toys. 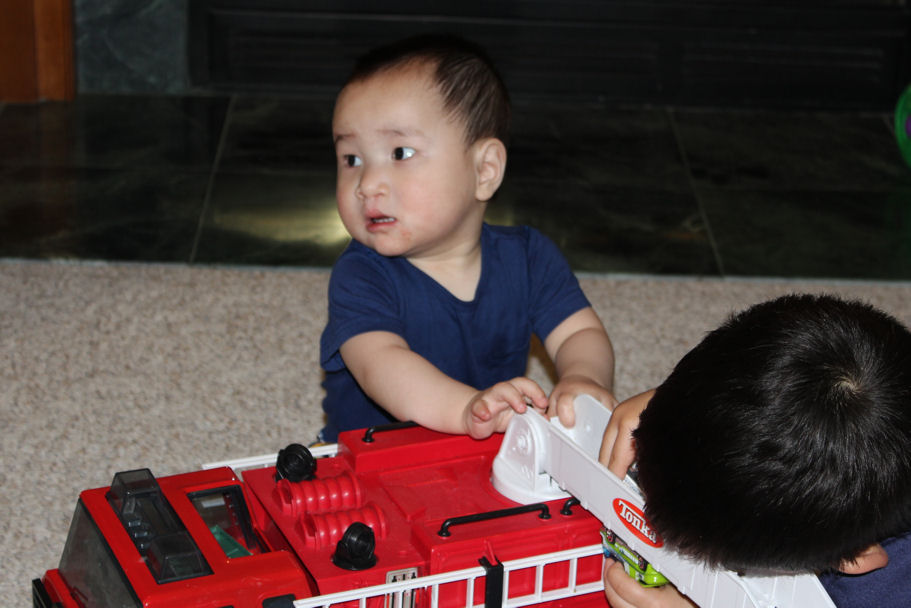 Probably his first experiences learning to share those toys as well. Although I do think the sharing part has been harder on the older boys who have now had to renegotiate who gets what. This is especially true for one Gabe-y Baby who isn't used to not officially being the baby.


His first of many conversations with one of his sisters. 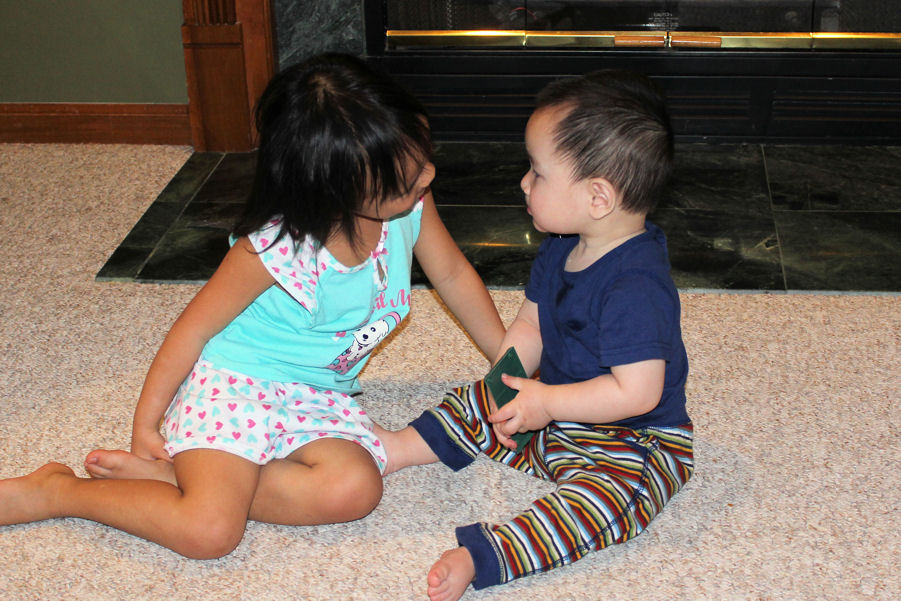 The boy does now have four older sisters, I sometimes call them hens, who cackle and chirp all day long. They also dote on his every need. This little one will no doubt be well versed in female conversation.


His first trip out doors in Ohio spring weather. 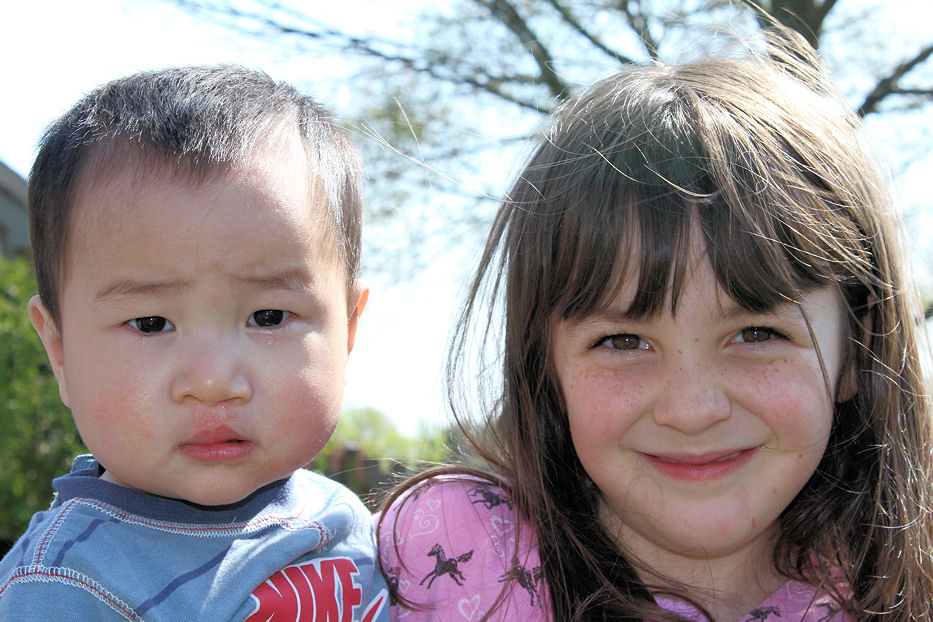 He loves the outdoors. He points out the window and follows anyone he can right out the door. He didn't take to the grass, at least not yet. Being outside is a little tough until you can walk. 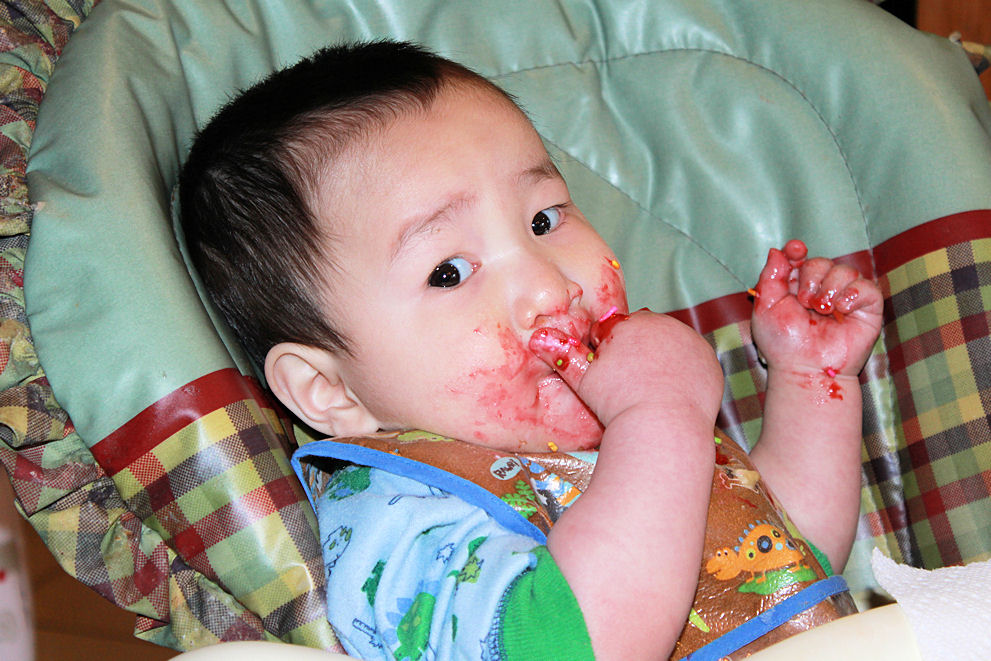 Obviously he loved it!

His first trip to the park. 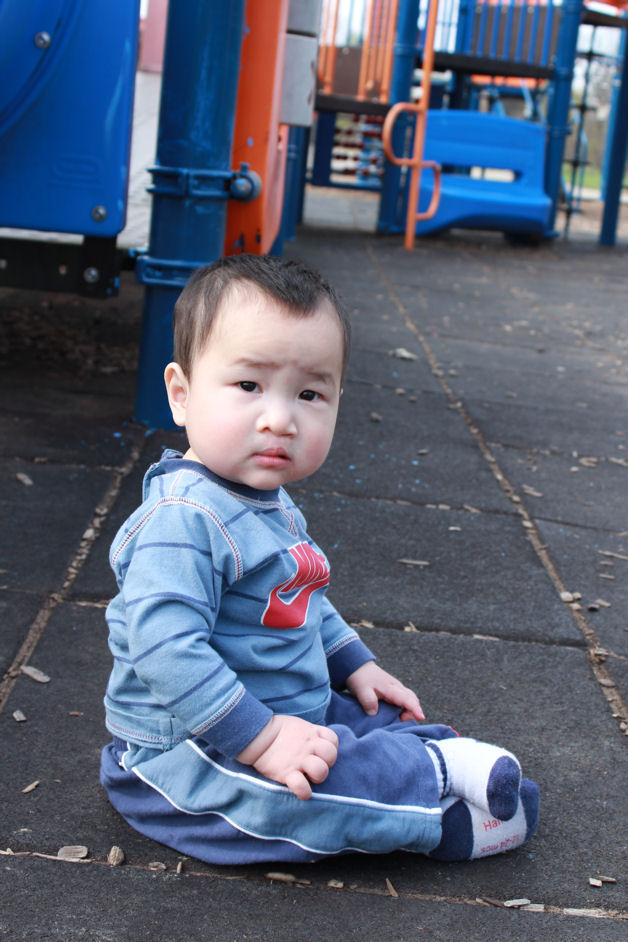 Where he spent most of his time just taking it all in, intently watching all his siblings play.
He particularly watched his older brothers, I'm sure taking notes... 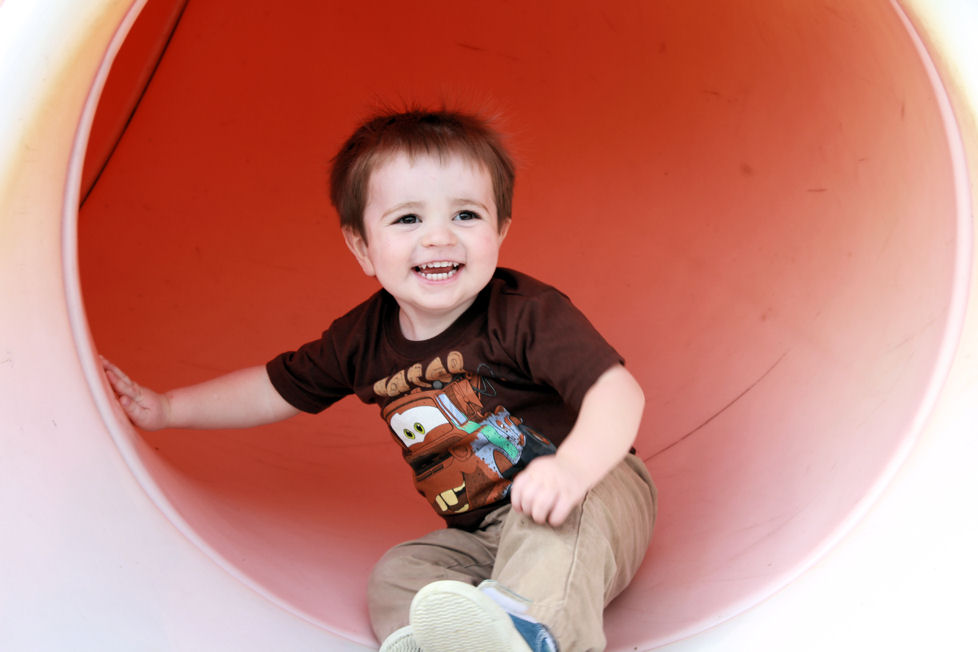 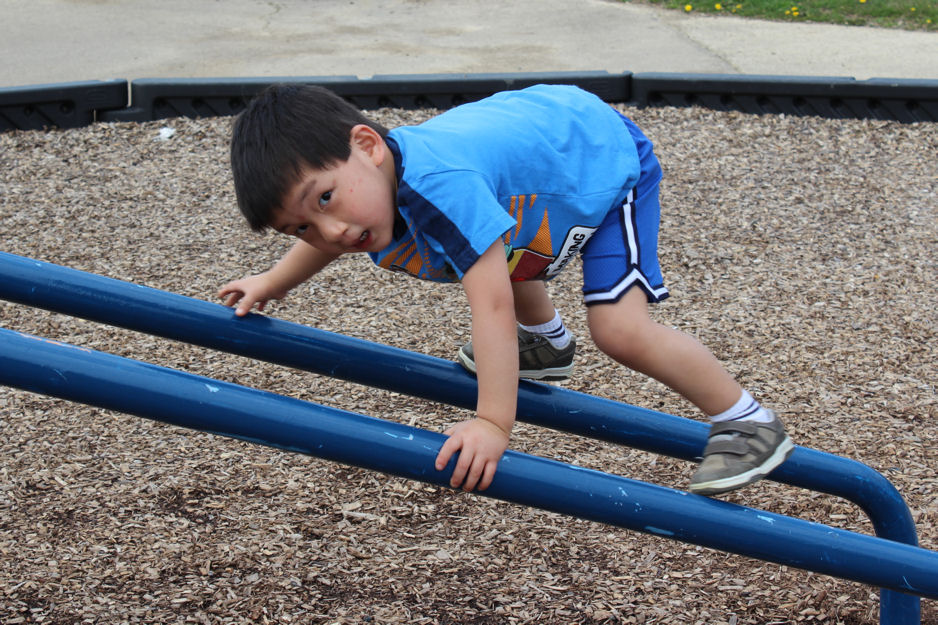 Thank you for posting!! I've been dieing to know how it's going! Happy Easter!

I love seeing Peter (and your other adorable children as well) in posts and real life!!!!