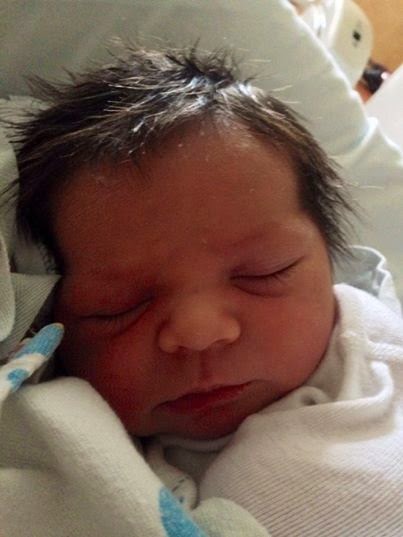 Three months have flown by. It's hard to believe this sweet boy is growing so quickly.

John, or Baby Jack as we call him, had a fairly uneventful birth. There were many concerns from the hospital staff since this was my sixth c-section. The anesthesiologist even took a few extra minutes to get a new IV in me when he heard how many previous sections I'd had and what the potential complications were.  The pregnancy hadn't had any major complications, I was very swollen and very tired as I had been during Mary's pregnancy. The surgery went well and the minute Jack was born he gave out a hearty cry which was music to this anxious mom. After cousin Oliver had such an ordeal at his birth, I was especially nervous. All fears were allayed with that cry and my first glimpse of a beautiful pink baby boy. I had been worried since we had moved up the date of his birth because I wanted to be able to attend Sophia's First Holy Communion, but little Jack was just fine. 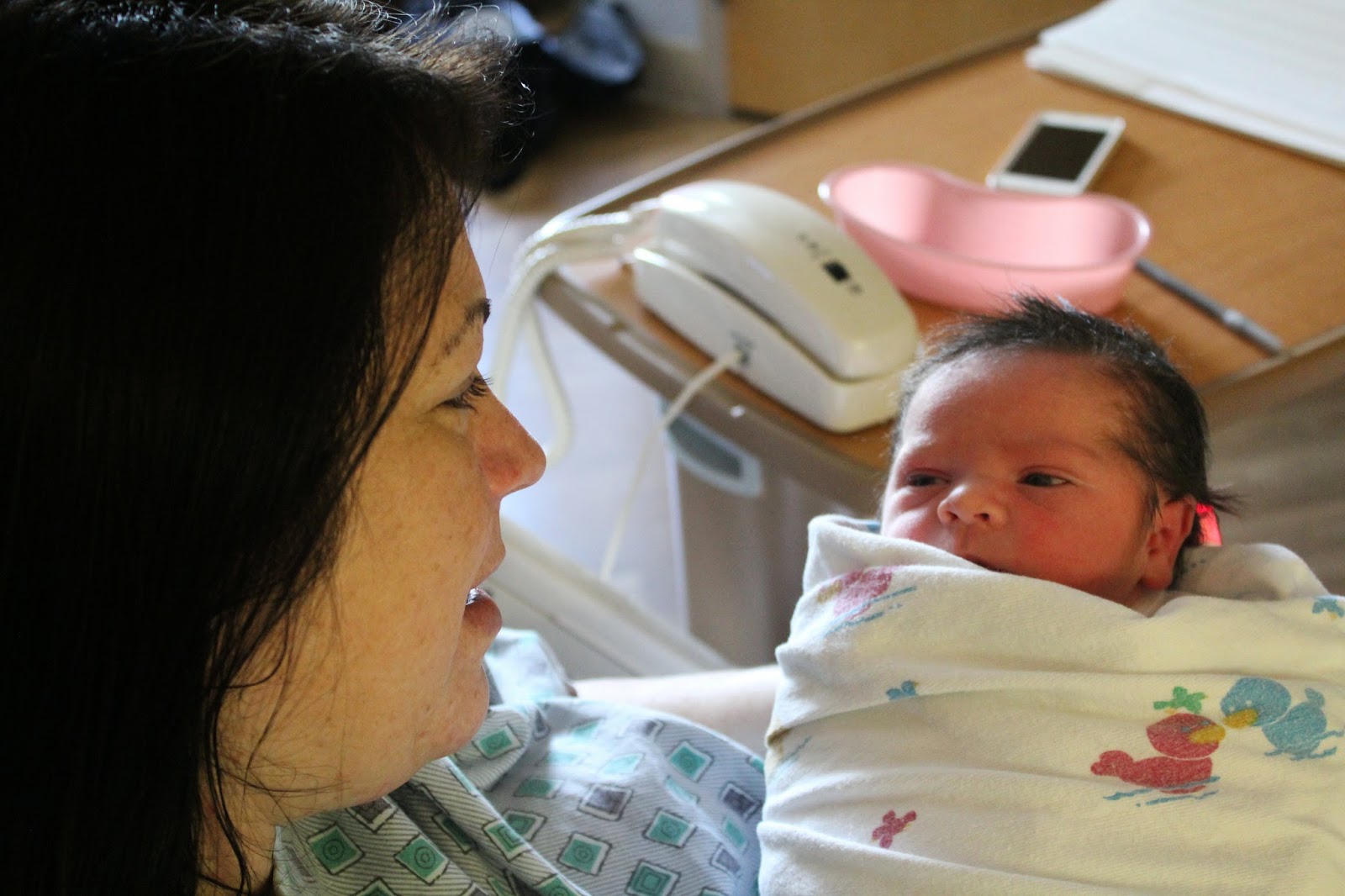 I tried very hard to enjoy my hospital stay. When Hannah was born I couldn't wait to get home to start life with a baby, but with Jack I was looking forward to a few days with just him before trying to get back into the swing of big family life. Despite my efforts to enjoy that time, I found that I was very anxious. I was having a difficult time sleeping and I felt on edge. By Saturday evening, I was incredibly thankful to be going home the next day. I had developed a cough that was bothersome as nothing is as painful as coughing with a c-section incision and the anxiety had reached an uncomfortable level. David had come to visit without bringing any of the other kids and it was the first time we'd had a conversation alone. I didn't understand then why I felt so anxious and emotional. I just wanted to be home and feel normal. 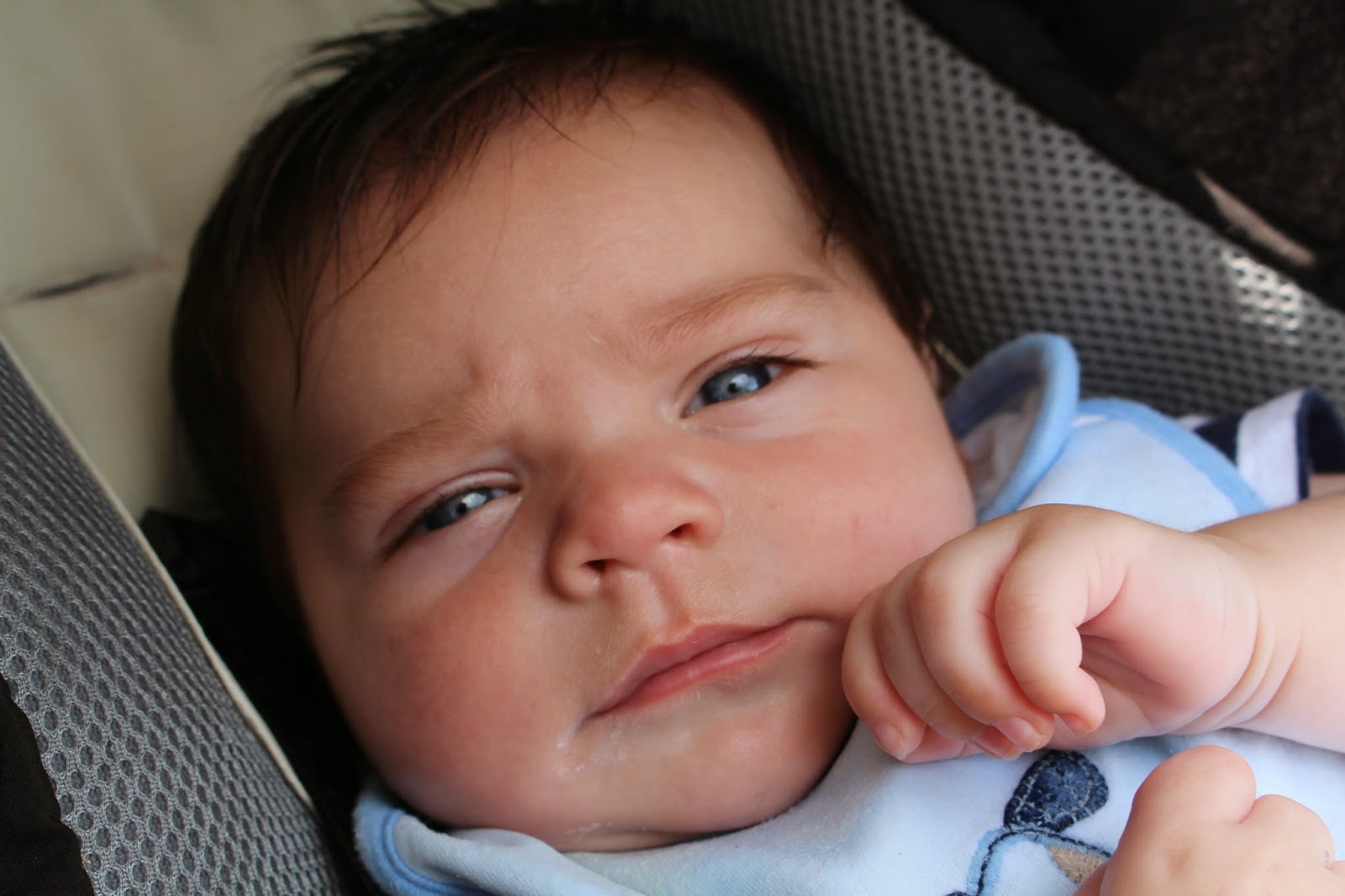 We walked two loops through the hallways and I hoped to be so tired that I would finally get a decent night's sleep. After I said goodbye to David, I asked the nurse to take Jack to the nursery (I very rarely do this) so that I could sleep. I told her I wasn't feeling well and really felt I needed some sleep. She agreed and thought the sleep would help my breathing which had become hard. We both thought I was battling some anxiety and sleep was the best remedy.  I tried for hours to sleep. I tossed and turned, I moved the bed into different positions, but I just couldn't sleep. As time went on it also became harder to breathe. I didn't feel as though I was short of breath, it just felt like each breath took so much effort. Finally after more than 3 hours, I told the nurse something was wrong.

I was sent for a CT scan very quickly and had to call David in the middle of the night to come back to the hospital. The CT scan ruled out an embolism, but showed excessive fluid in and around my lungs and a  moderately enlarged heart. They then did an echocardiogram which showed I was in congestive heart failure with an ejection fraction of 15-20%. I was transferred to a telemetry floor where I could be monitored for at least 24 hours and could start the heart medications. I also was given a diuretic to help get the fluid out of my body. I left the hospital 30 lbs lighter than I'd come in. 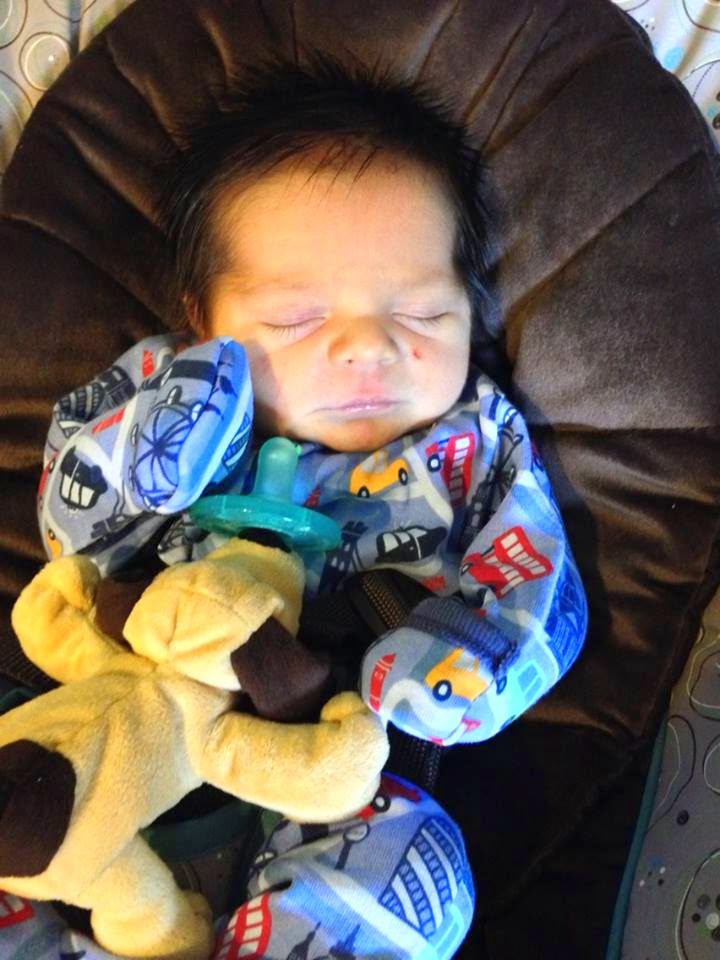 My initial diagnosis was Peri-Partum Cardiomyopathy (PPCM) since I have not had any history of heart problems. The diagnosis is complicated by my family history though. My sister has idiopathic cardiomyopathy and it is thought that we must have some sort of genetic origin of the dilated cardiomyopathy.

It was a scary few days of hearing so many new medical terms, learning about medications with the added complication of breastfeeding, learning about new dietary restrictions, and coming to terms with what will most likely be a chronic condition. I was thankful to be able to go home after a few extra days. I was so thankful that I was able to attend Sophia's first communion. 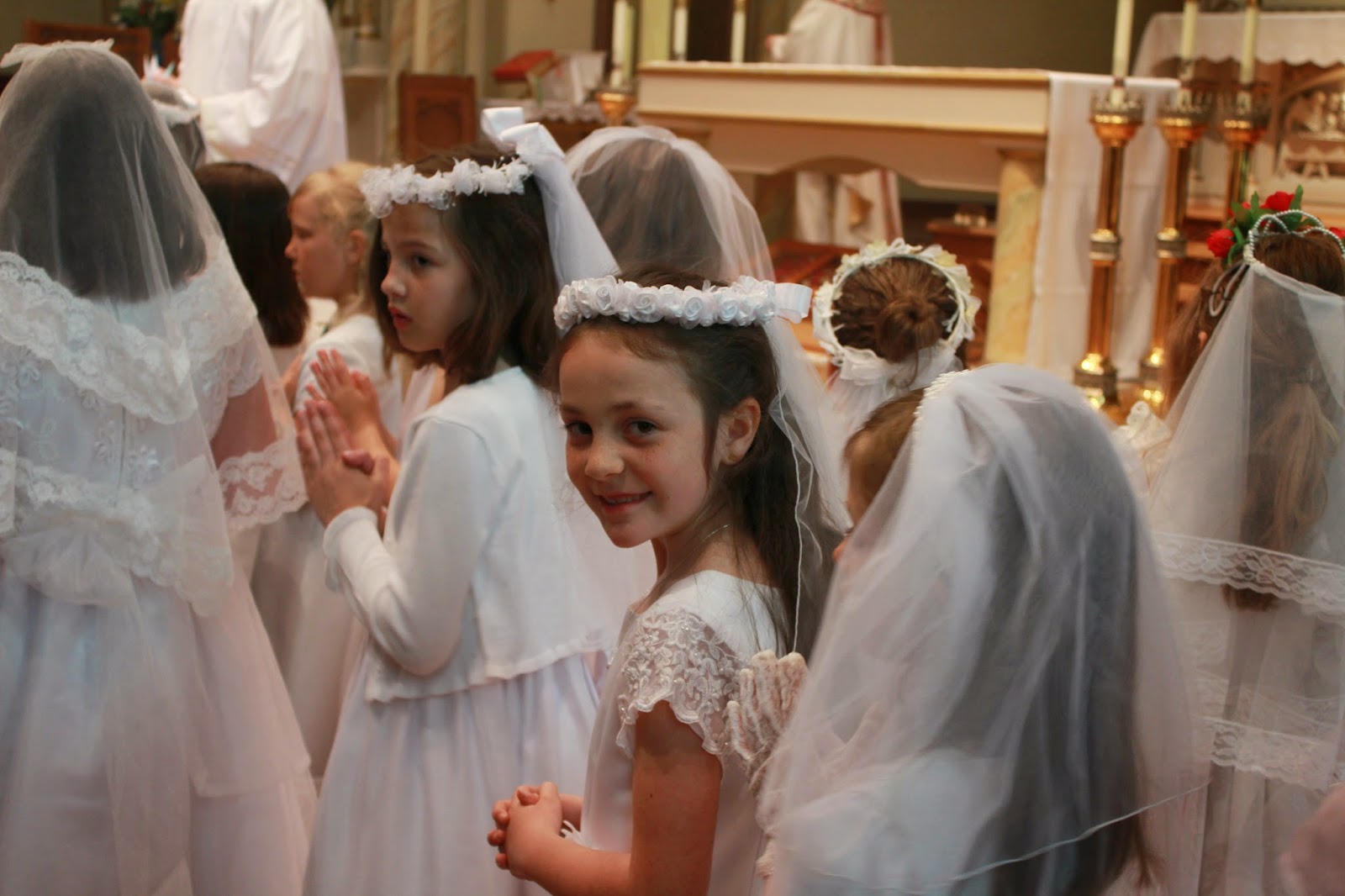 At the end of May I had a cardiac MRI and they found that my EF had improved to 37%. Each day  I continue to feel a little better. I'm tired and the fears and anxieties sometimes creep up on me, but I am learning to give those to God in prayer. Another time I will have to blog about how the prayers of so many family, friends, and even complete strangers brought (and continue to bring) me strength and peace, especially at a time when praying was difficult for me. 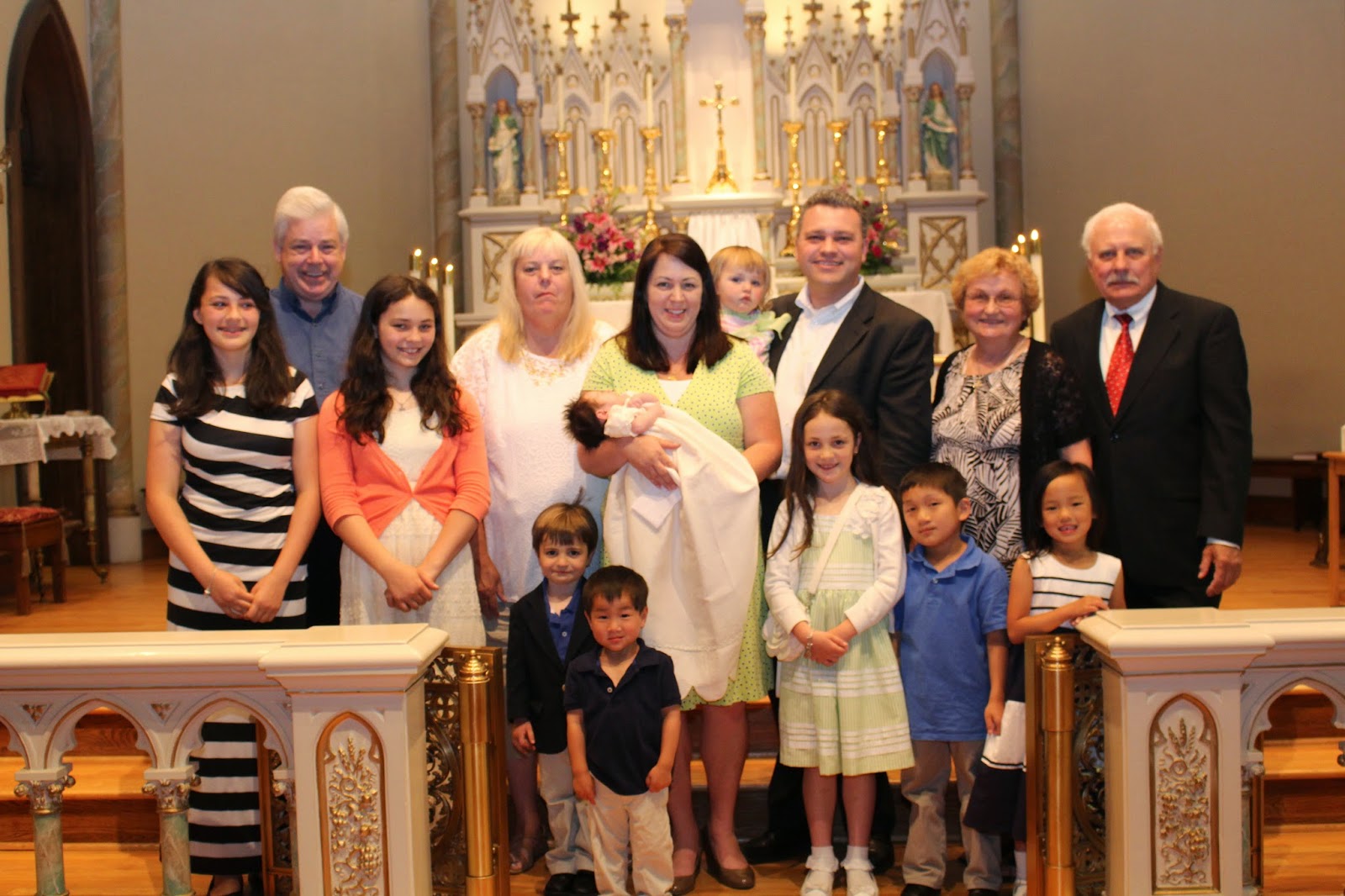 Jack continues to bring such joy to me and our family. He has begun to laugh and that sweet sound rivals his first cries. His smile brightens me even when I'm exhausted. That hair, the one dimple, the bright blue eyes, the beautiful lashes, oh he has quite the hold on my heart!
Posted by Nikki at 3:20 PM

Email ThisBlogThis!Share to TwitterShare to FacebookShare to Pinterest
Labels: Jack