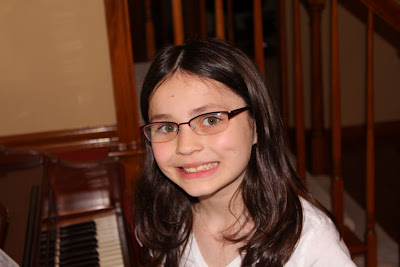 As part of the adoption process, we again had to take everyone in for a physical. A few weeks ago we staggered appointments and in one week managed to get all eight of us into the doctor's office. It was quite a feat. The way it worked out, our doctor's appointments were the same week as our dentist appointments. So it was a really, really busy week. 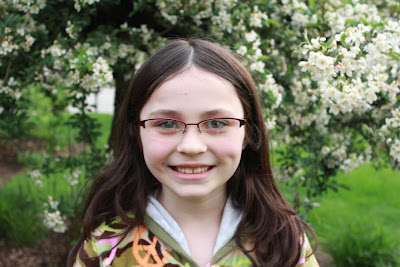 For some time Bear had been telling us she was having trouble seeing things far away. I thought she was just envious of my new glasses-- ok, not so much. I just didn't pay much attention to it. She seemed to be reading and completing her schoolwork without any difficulty. Let's just say it wasn't a stellar mom moment as she stood in the doctor's office and failed a simple eye exam. Then when at the optometrist, we found she needs a stronger prescription than both dh and I! 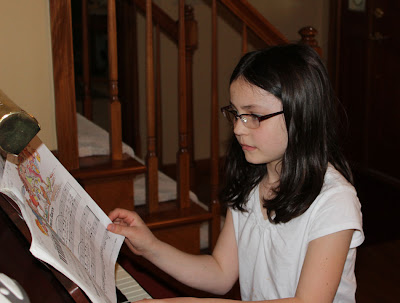 Dh took her to that appointment, and he picked out her new glasses. I was a little worried when he told me they were red, and really picking out glasses isn't really a Dad thing. Truth is they are purple-ish and he did a decent job. They make her look so grown up. In an attempt to have them fit her for two years, they skipped the kid glasses and went straight to preteen. It's hard to believe she is already eight and needs anything preteen! 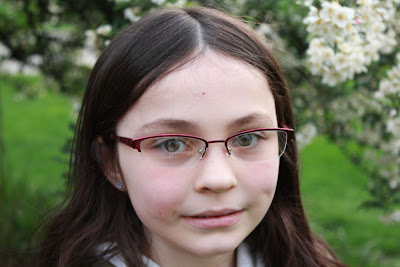 Email ThisBlogThis!Share to TwitterShare to FacebookShare to Pinterest
Labels: Bear