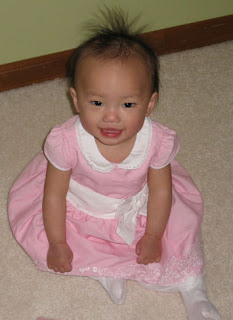 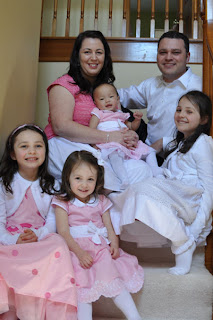 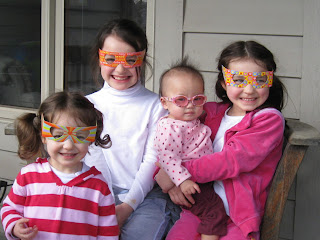 Now the report is written (I have to type it up for him as he has no computer and his typist, yes typist, retired). All that is needed are some pictures to attach to the report. The hold up with the pictures has been getting one with just dh, Juliana, and me. We have lots of family pictures, several of Juliana alone, and tons of her with her sisters, but none with just the three of us. We had to employ Banana to get one of us which was no easy feat. 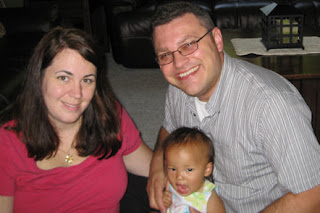 Now that we have that picture, I just had to identify three or four more pictures that sum up Juliana's first six months with our family. It wasn't easy to narrow it down. How did I do? I think many of these pictures have been previously posted as it is usually my favorites that make their way to the blog. 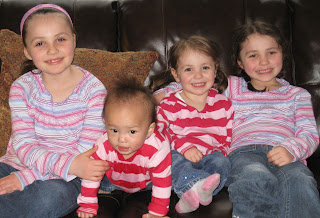 Beautiful pictures! She is so blessed to have you for family!

Wow, she is growing so fast! Thanks for the update.

I just love that little one.

Aw, you guys are such a cute family! Juliana is so adorable!

Awwwwww.......Now the question will it be another little girl in pink with a boy in blue or two boys in blue? Can't wait to see! You are a great family!