Bright and early Monday morning meant back to the work of getting this little one home. The first step in the immigration process was to have her get a medical screening. We boarded a big bus once again and this time we decided to sit up front for a good view. 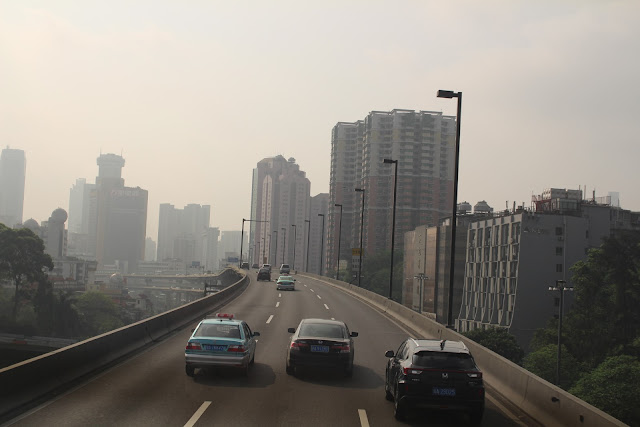 This picture doesn't do justice to the typical China traffic. When we arrived at the clinic it was a typical China hurry up and wait scenario. It's even less fun to wait when you know the next few hours mean talking to doctors and such. We were lucky that Mazie received a clean bill of health and is cleared to come home, am added bonus is that since she is under 2 years old we didn't have to worry about a tuberculosis blood draw. 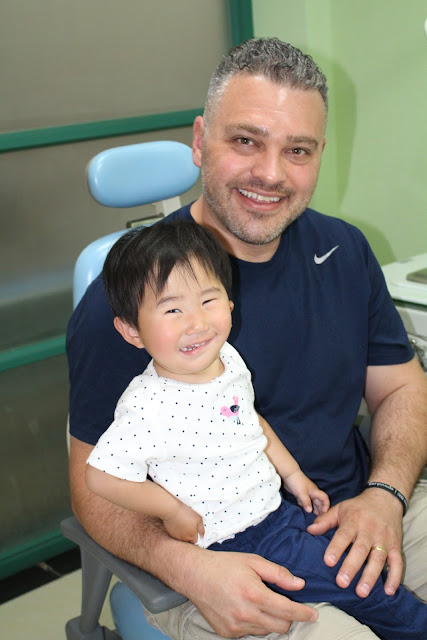 Later in the evening we went on the Pearl River cruise. The last three adoptions we opted not to go on the cruise, mainly because by this time in the trip we are exhausted. It was nice to see Guangzhou at night and we saw the second tallest building in the world, the Canton Tower. You can see it in the picture below. It is the colorful tower on the right side of the picture. 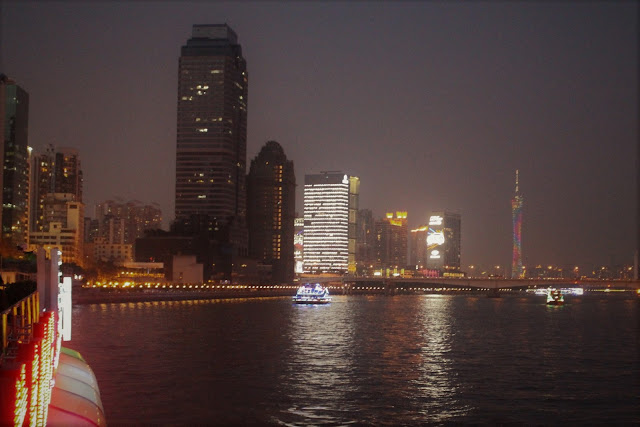 I'm still not as knowledgeable about my fancy camera as I should be. I took many pictures on the cruise and only realized the next day that I did not have the image stabilizer on. I got many blurry or too dark pictures. 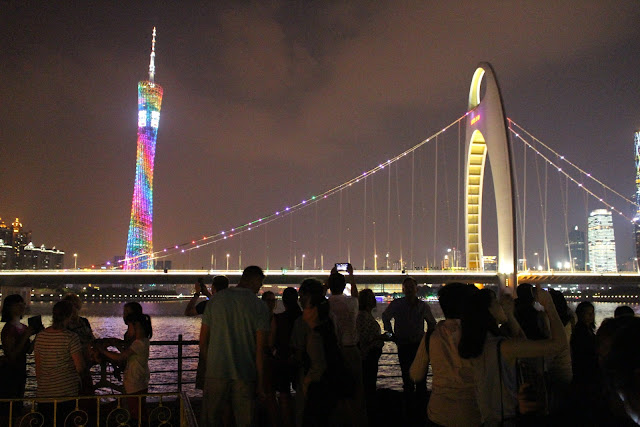 The lights were really amazing. There were Chinese characters scrolling down buildings, large tv screens, and a seemingly endless skyline of sky scrapers. 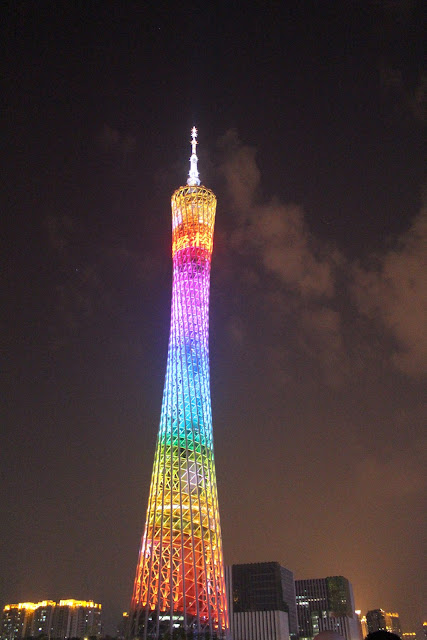 Mazie enjoyed the music and we enjoyed that the temperature cooled off a little despite the humidity. 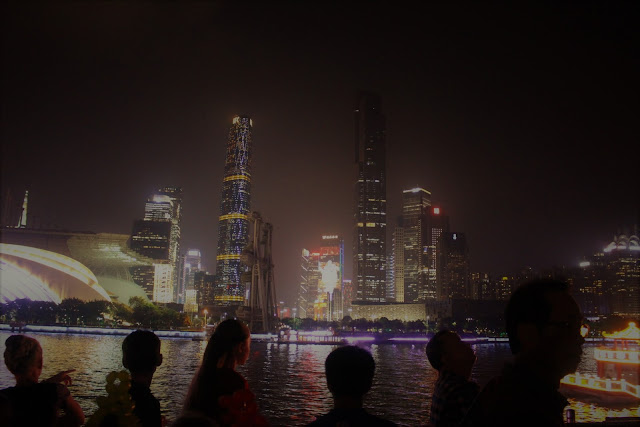