It was raining this morning. We grabbed some umbrellas and sloshed our way to breakfast. When we finished, it was more rainy than when we left and we decided a nap was in order.

When we finally woke up, the rain had ended and we grabbed a taxi to visit the French Concession area of Shanghai. We followed another self guided walking tour, but were a little smarter and downloaded a map before we left the hotel. Another post will have to be dh telling you about his IT issues here in China. 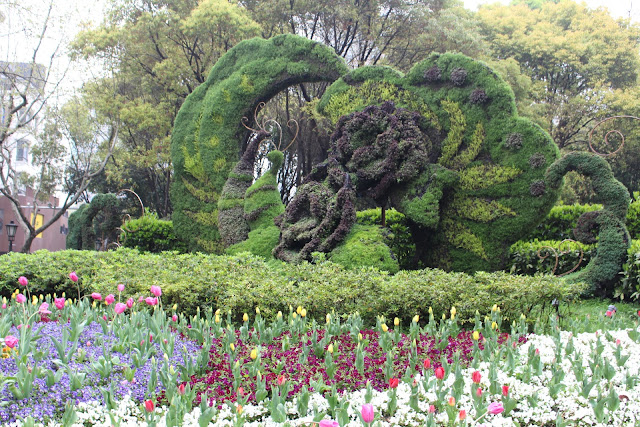 It turned out to be a rather nice day. There was a light drizzle, but it was warm enough we didn't mind. 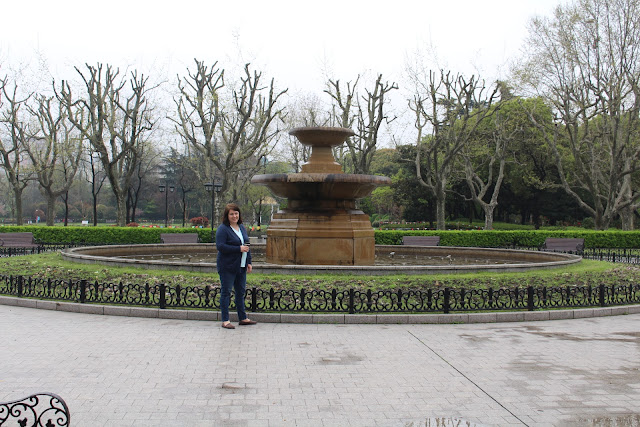 There were many European bakeries on the tree lined streets and you could almost imagine you were in Europe. We had cheese tarts and a latte to complete the European feel. Those who know me know I love my coffee, but for some reason I can't bring myself to order from Starbucks here in China. It just seems more like a chain, and we always try to enjoy local fare. It also rubs me the wrong way to see a Starbucks on virtually every street corner. 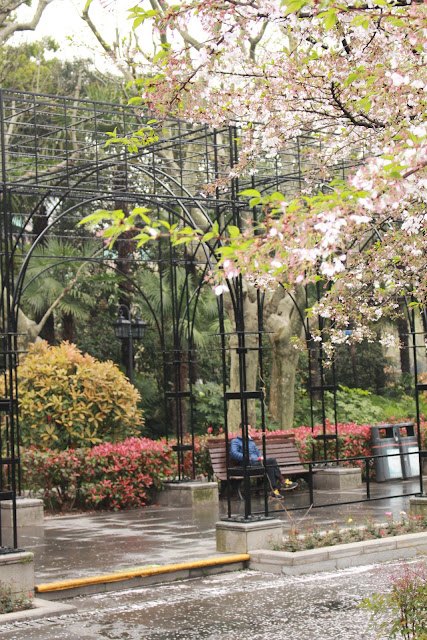 This garden was beautiful, although we're here out of season. I'm sure in a few weeks it will be amazing. Despite the rain, there were old men playing Mahjhong on stone tables and even a few practicing Tai Chi. 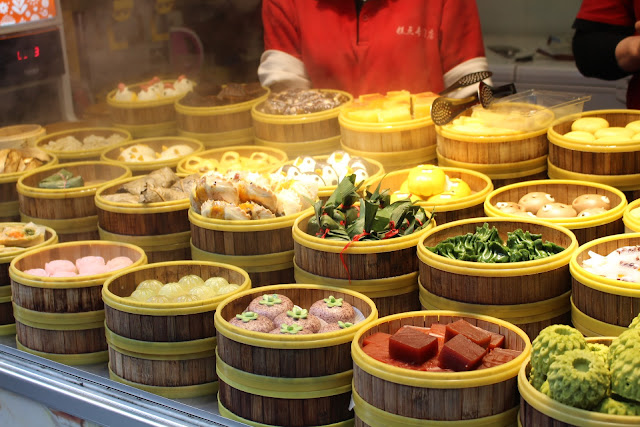 We followed our tour into an out of the way tangled web of markets. It was a beautiful mix of hand crafted items and food markets.  Of course there were also many trinkets sellers too, and bars, and strange meat on a stick, and these too. 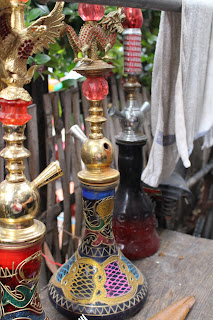 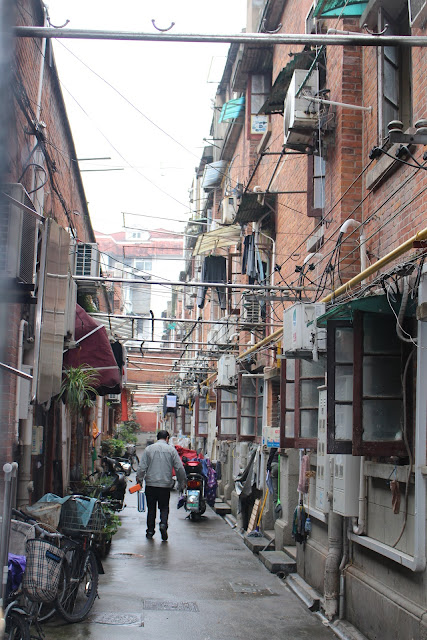 Along the walk, we could see into little alleys where there were more residential apartments. 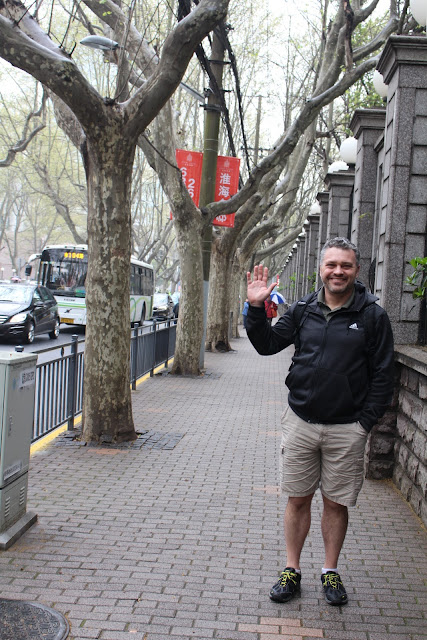 Art Deco buildings and even planters and street lights seem to abound in Shanghai. We decided to end the day with dinner at an Italian restaurant. Again, come to Shanghai and eat Italian? It was delicious though. 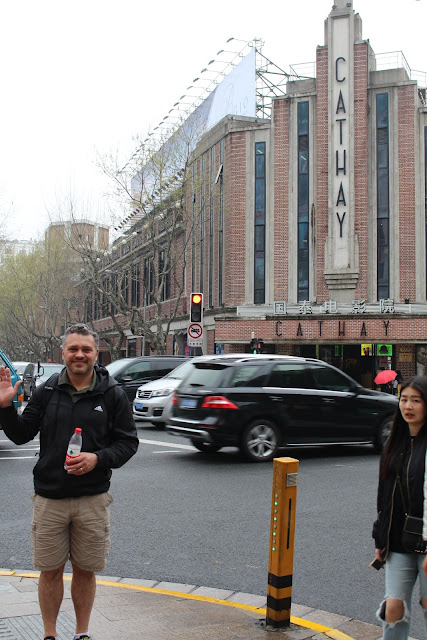