On our last day in Zhengzhou, we decided to take it easy and go for a walk around our hotel. There was a lovely little park right next door. 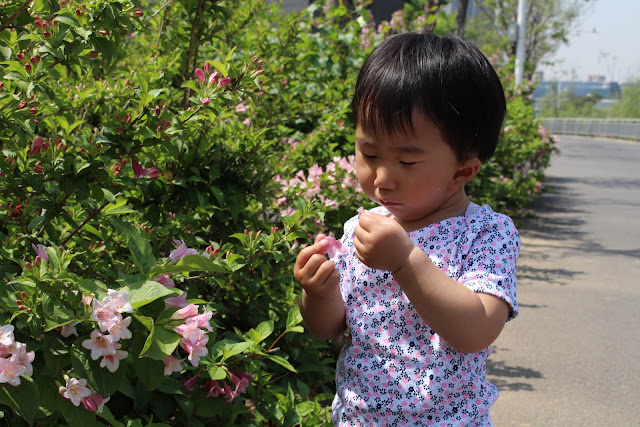 We were serenaded by men playing Chinese stringed instruments, and there were many children playing. 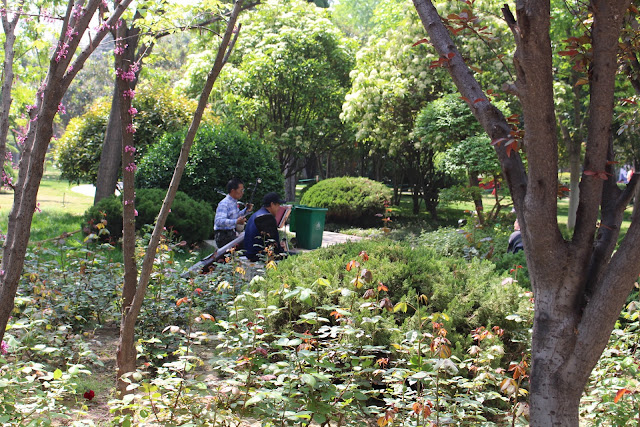 The evening before there was a man with a 10-15 foot whip practicing, thankfully with all the kids he wasn't there in the morning.

We battled the local scooter traffic mixed with taxis who create their own lanes to beat the traffic. 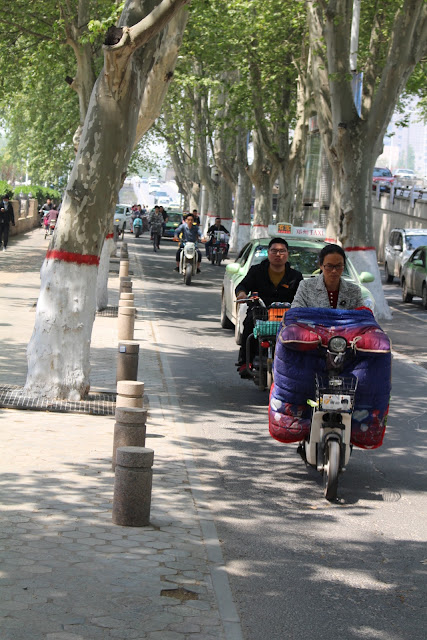 We walked more than 3 miles to make it to McDonald's for some deep fried pies. In the US they switched years ago to baking the pies, but China still puts them in the fryer. Mazie got her first taste of ice cream. We'd heard that many of the kids in our group didn't care for the cold texture, but she loved it. 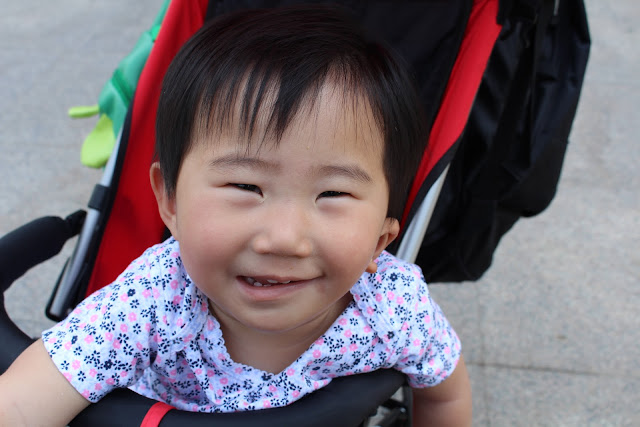 It was quite sunny and I considered buying a pair of sun glasses, but these were a little too expensive and I was afraid of what they'd do to my eye sight. 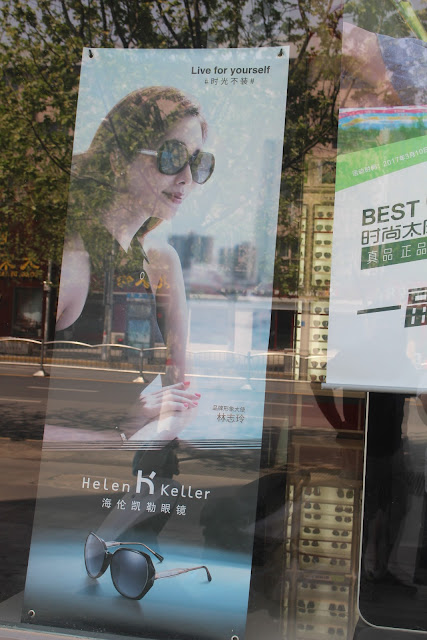 We found a Chinese edition of David's electric car. 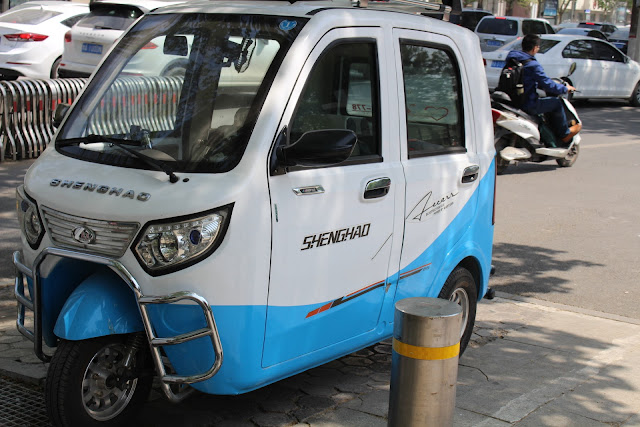 And decided not to try the local street food for fear of sickness, despite how wonderful it smelled. 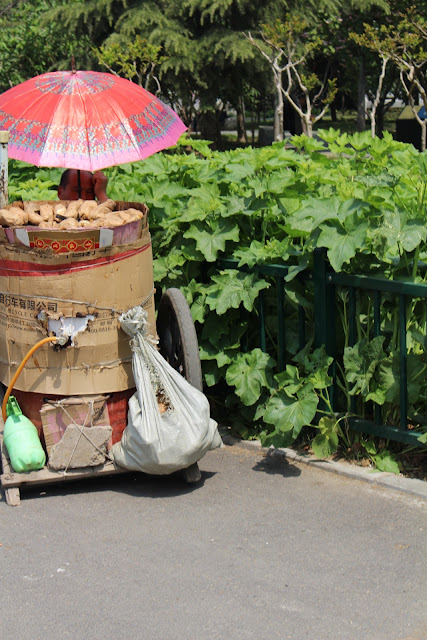 In the afternoon, David decided to get a haircut. This is his before picture. 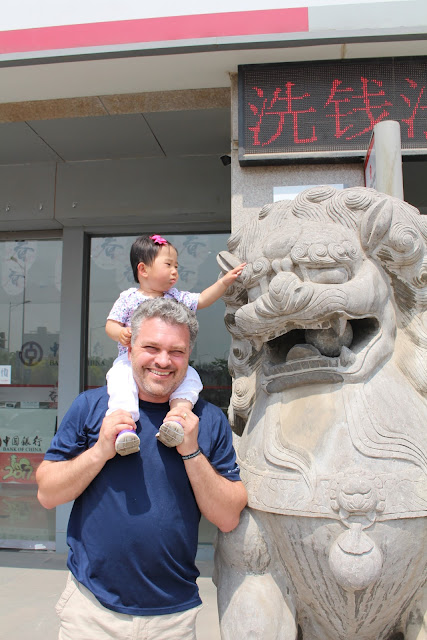 Since it was Good Friday, we met some other families and prayed the rosary in the hallway around 3 PM. Missing Holy Week and Easter has hands down been the hardest part of the trip for us. We have tried to celebrate in small ways, but it is difficult.

We spent the evening back out for American BBQ. It was nice to be at a restaurant where we could speak and hear English. The owner of the restaurant spoke with us both nights.

The next morning was our last at the fantastic breakfast buffet. I've really enjoyed the mix of traditional Chinese breakfast foods and Western fare. 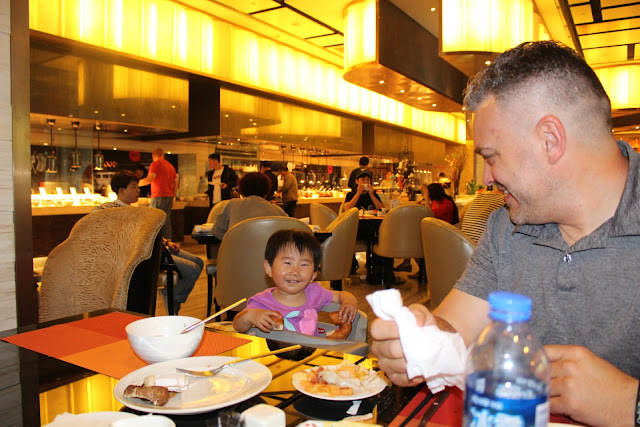 We then loaded the bus and drove to the airport to head to Guangzhou. Mazie did us the favor of falling asleep on the plane and the flight was as easy as possible for us when flying with a group of 14 children on a packed Chinese airplane. I doubt our next plane ride will be as easy. 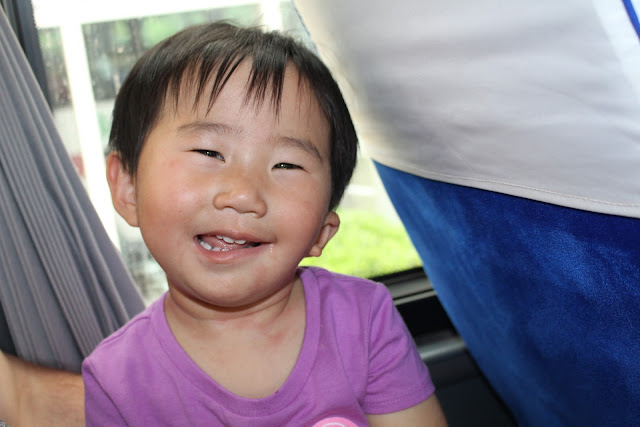