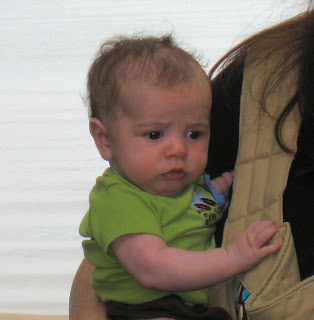 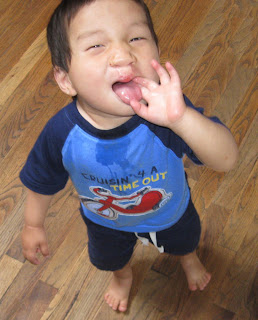 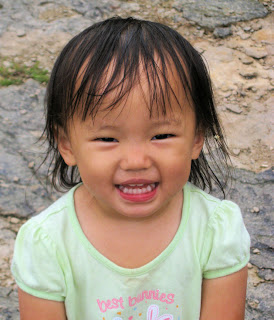 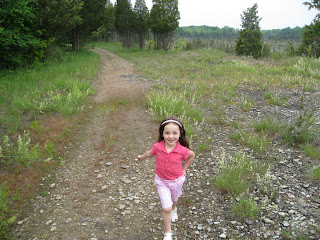 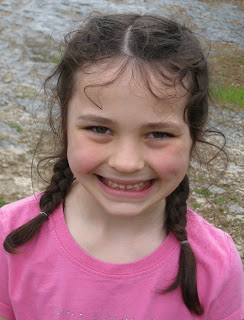 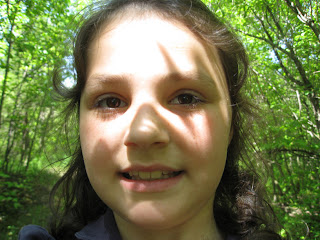 Since doubling the number of children in our household in a little over a year, we have gone into a sort of modified seclusion. We decided it was time for a vacation, but being unsure how everyone would travel we decided to stay somewhat local. 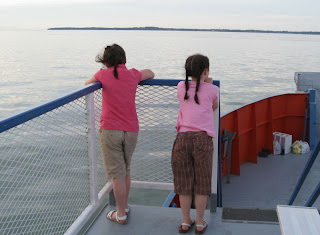 We loaded everyone in the car and headed north to Kelleys Island. The kids all really enjoyed driving the car onto the ferry and cruising to the island. We caught the last ferry to the island and it was right at sunset giving us a fantastic view of Lake Erie. 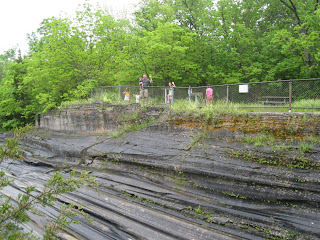 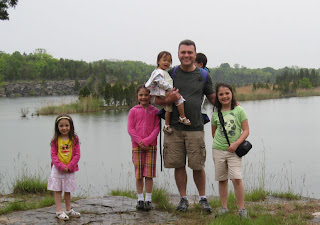 Even though it was raining lightly the first morning, we decided to brave the mist and take everyone hiking to a beach of fossils. Hiking with all the little ones at times felt a little like herding sheep, or maybe more like carrying 3 or 4 sacks of potatoes. In the end, the rain won out and we never made it to the fossils. 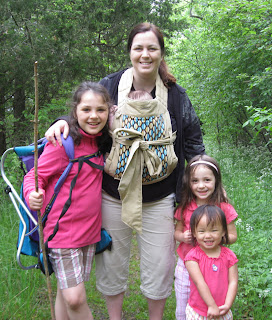 The next morning we made a second attempt to hike to the fossils. That time stinky diapers and the mud won out and once again we never made it to the fossils. 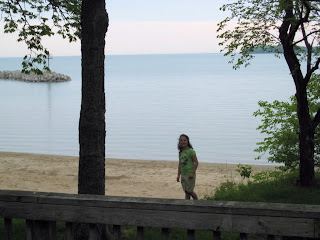 Once we gave up on the fossils and hiking, we spent our afternoons at the beach. Joseph absolutely loved the sand and water. He would laugh each time a wave came ashore and lapped on his feet. Before long he was jumping up and down in the water. Bophie was the one who surprised me though. She also was wet and sandy from head to toe and really enjoyed the lake. Juju did not like the sand or water and absolutely refused to leave her perch on my beach chair. Gabe and I had to search for shade, the poor kid has my fair skin, and while we were the only shade dwellers, we were the only ones who got any sunburn (thankfully very mildly). 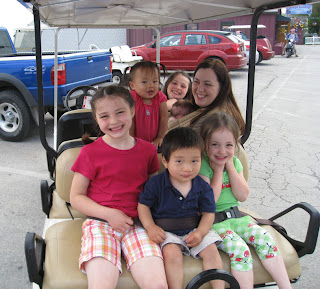 We also spent an evening touring the island by golf cart. This was a favorite activity of the long weekend. We took turns letting the kids sit up front and at times it seemed we were playing a good round of musical chairs. It was a beautiful evening and we all enjoyed the lake breeze. The girls tried to race the cart and found they were slower than they thought. Dh also took a turn racing and found he was older than he thought. 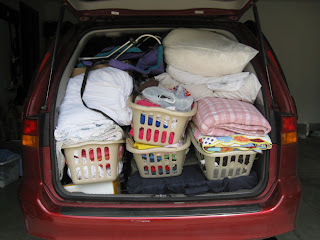 While the task of taking our new, much larger, family on such an outing seemed daunting, we all had a good time. It was a lot of work before, during, and after (the washing machine is still running), but it was nice to get away.
Posted by Nikki at 3:34 PM 3 comments: 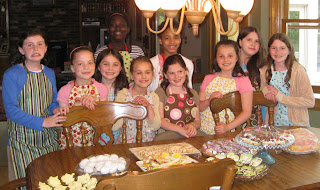 This year my older girls participated in the Little Women Hospitality Program. Each month the girls met at one members house for a lesson in hospitality. In November we hosted setting a table. Other lessons included correspondence, making a bed, and cleaning a room. The girls favorite lesson was a sewing session where they made tea aprons. For each lesson, the girls earned a charm to place on a charm bracelet. 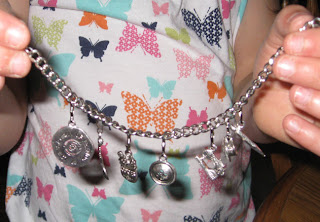 This weekend the girls hosted an afternoon tea for their mothers to demonstrate the hospitality skills they learned through the year. They each made a small dish and then served tea to their mothers. They made invitations and favors and they each had a guestbook for signatures. 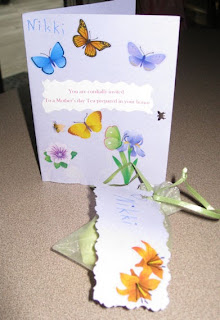 It was a truly beautiful afternoon. This weekend really reminded me that I need an occasional break from the little ones. I did, of course, have baby Gabe. He is quite the charmer and let all the girls pass him around so Mom could enjoy the good tea, delicious food, and excellent company. 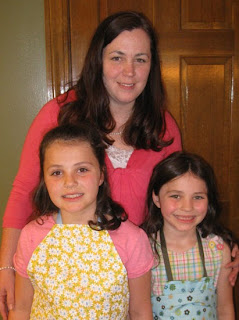 Bear's Math lesson today focused on multiplying by two. Our resident two-year-olds provided me with a very appropriate word problem for Bear's lesson.

If you catch two two-year-olds playing in the toilet twice in one hour how many hands will you wash?

More important, how many timeouts will you give?

Most important, how many squares of dark chocolate will it take for Mom to recover her last vestiges of sanity?
Posted by Nikki at 4:00 PM 1 comment:

Email ThisBlogThis!Share to TwitterShare to FacebookShare to Pinterest
Labels: life 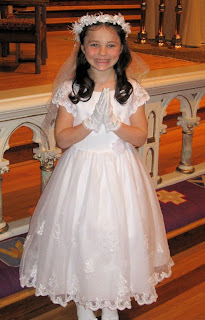 Lord, Father all-powerful and ever-living God, I thank You, for even though I am a sinner, your unprofitable servant, not because of my worth but in the kindness of your mercy, You have fed me with the Precious Body & Blood of Your Son, our Lord Jesus Christ. 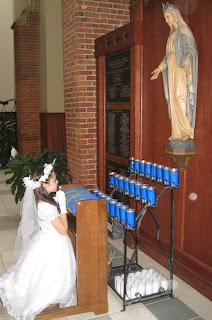 I pray that this Holy Communion may not bring me condemnation and punishment but forgiveness and salvation. 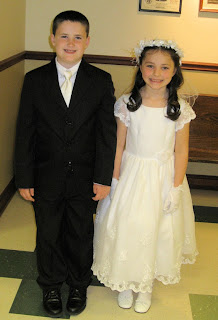 May it be a helmet of faith and a shield of good will. May it purify me from evil ways and put an end to my evil passions. May it bring me charity and patience, humility and obedience, and growth in the power to do good. 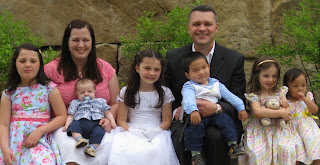 May it be my strong defense against all my enemies, visible and invisible, and the perfect calming of all my evil impulses, bodily and spiritual. May it unite me more closely to you, the One true God, and lead me safely through death to everlasting happiness with You. 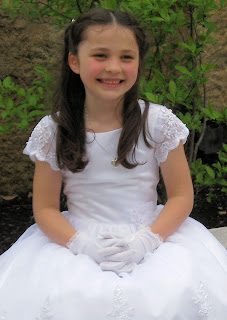 And I pray that You will lead me, a sinner, to the banquet where you, with Your Son and holy Spirit, are true and perfect light, total fulfillment, everlasting joy, gladness without end, and perfect happiness to your saints. Grant this through Christ our Lord, Amen.