Five stitches for our sweetest five year old and it only took five hours to get them...

I knew with six (going on eight) children, sooner or later we were bound to have someone need stitches. If asked a week ago, I would have put my sweet five-year old Sophia at the bottom of the list of the child who would be the first to need them. 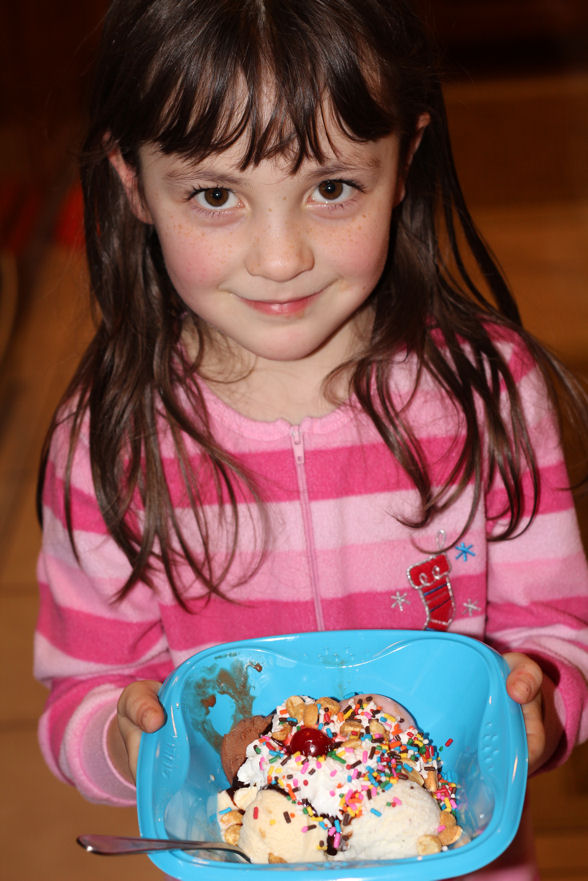 What started as an evening of fun, a house full of good friends, an ice cream bar full of fancy toppings, and favorite board games, and a movie to keep all those girls somewhat quiet, ended in a trip to the emergency room. Apparently even a Shirley Temple movie requires ambiance and the girls had dimmed the lights, when the movie was over, poor Sophia tripped and hit her head on a bookcase.

The girls tell me she was upset she hit her head, but didn't really cry. Then they all noticed the blood. There was lots of blood. Preteen girls and blood don't mix and all I heard was the clamor all the way up the stairs and lots of high pitched chatter as it seemed all of them were trying to tell me what happened. Once I had something to stop the bleeding and had cleaned her up a little, I sent a few girls upstairs for Dad. I gave them strict instructions to be very calm and tell him that I need him to take a look at Sophia.

He came down and said he'd see me in a few hours. Of course since it was 9 PM on a Friday night, all the Urgent Care facilities had closed for the night. His only option was the ER. Apparently the ER on a Friday night is a very happening place and a five year old with a small head wound isn't a high priority. It was after 2 AM when sweet Sophia came jumping into my bed to tell me all about her adventure. Time is relative to her because she said they waited so so so long, like an hour and a half. She jumped at the first stitch, but never cried. She was a real trooper according to Dad. 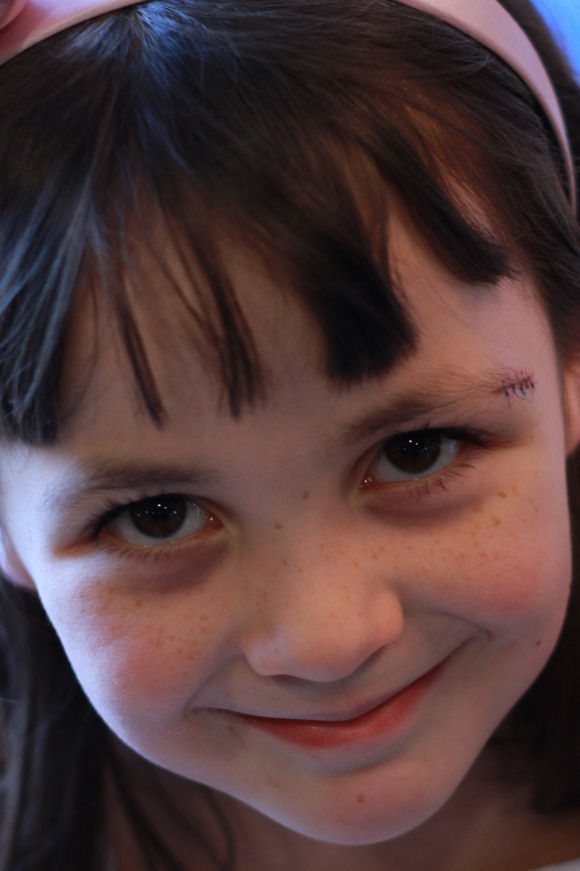 She seems to be healing well now. The girls remarked the doctor could have at least used pink thread for our very girly Sophia. Mom and Dad are not recovering as well from the lack of sleep...
Posted by Nikki at 8:52 PM

Email ThisBlogThis!Share to TwitterShare to FacebookShare to Pinterest
Labels: Bophie