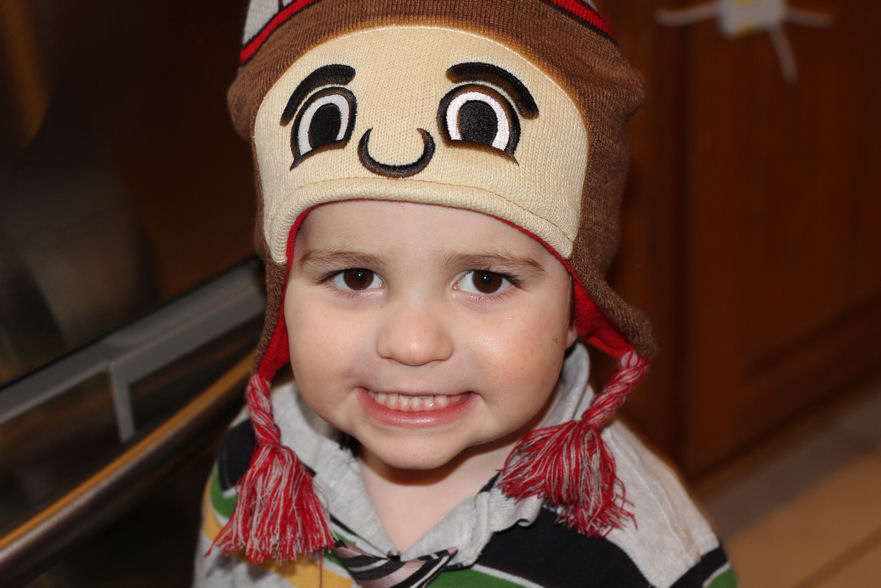 This is my Gabey Baby. He's a nut. Yes, of course a Buckeye, but also just a nut in general. He says the funniest things, he has a wacky sense of style, and everything is all in with him. 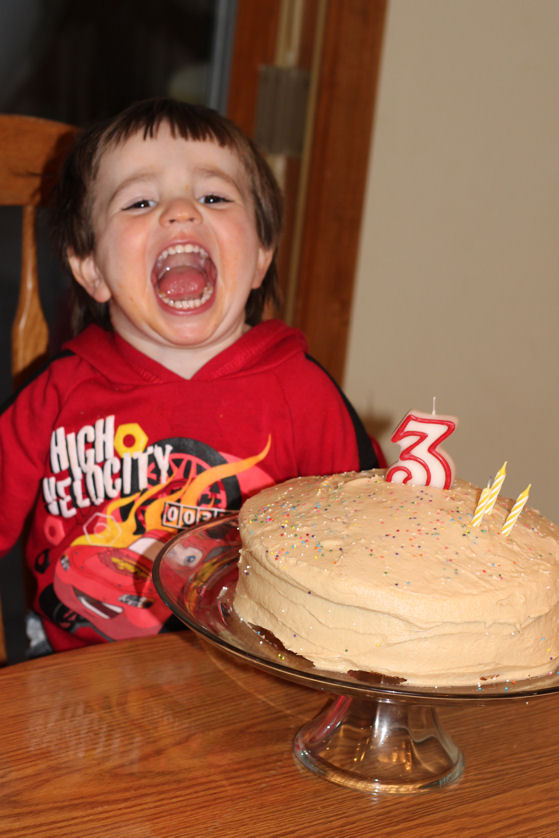 I'd be lost without his bear hugs, his crazy questions, his constant chatter. Last week while in the bathroom he tells me he needs me to call Dad. He chatters on about how Dad just needs to come home early today. When I ask him what he needs, he just tells me that he has a few more important questions to ask him. I tell him he can ask me, but Gabe insists only Dad knows the answers to his questions. The boy is only three. I know I'm in for it as he gets older. 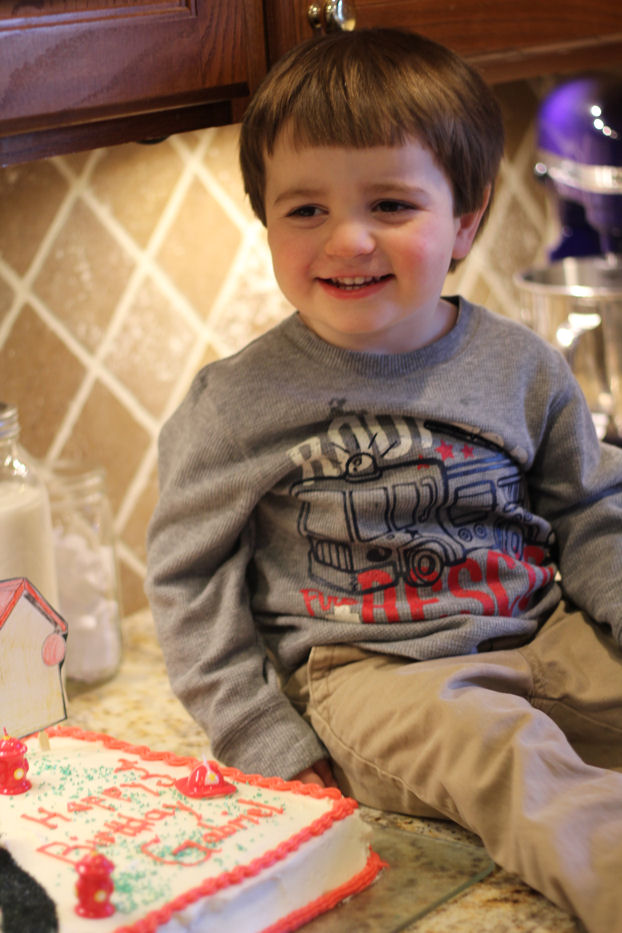 For weeks I heard of nothing else but his Fire truck party. His cousins had both had fabulous parties, one monster themed and the other school bus themed. Gabe decided then he was having a firetruck party and talked of nothing else for weeks. Every day I was asked if it was his party yet. The day finally came and he had his fire truck party. Then a few days later he was asked by a friend how his party was. He responded in typical Gabriel fashion and began, "The problem was..." then went into a monologue about how he had to share his party with Peter. Oy that kid... 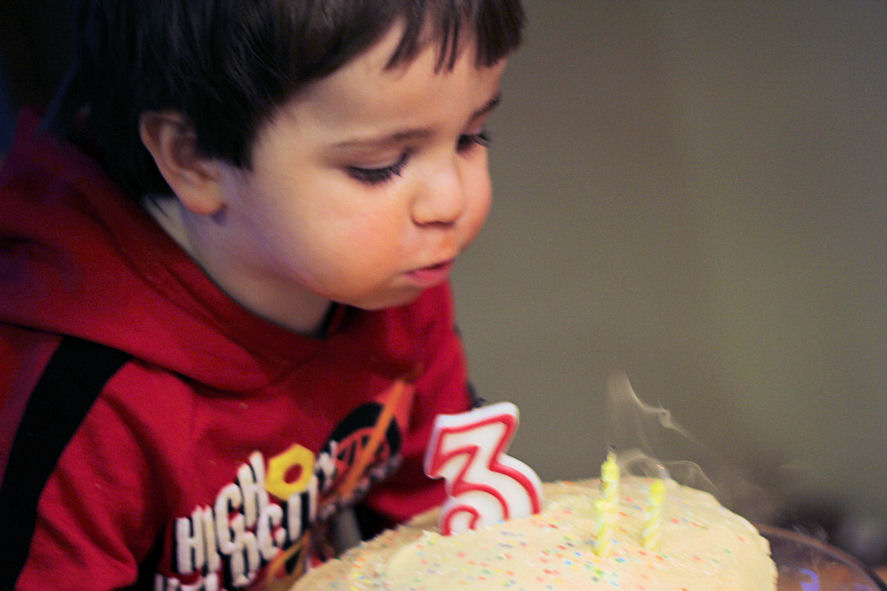 On his actual birthday he got his own cake. I even tweaked my frosting recipe to make it peanut butter flavored. I think it was a hit and he didn't even have to share it.

For Christmas Gabe wanted Buzz Lightyear, then for his birthday he wanted Woody. We watched Toy Story 3 last night and I couldn't help but see my little guy in the character Andy. It made me think how quickly time will fly. On those days where his little boy antics wear me out, I needed the reminder that one day I will miss them. So today I gave him an extra big bear hug.