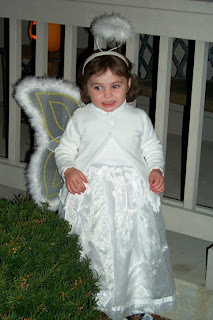 I have the world's best kids. I do. Today, I really do. I can't help but be thankful for them.

As a stay at home mom (sahm), you would think it would be easy to make appointments. Whether they were for the doctor, dentist, hair dresser, whatever. That is not at all the case. Business hours for most of these places are often during times it is most dificult to find a babysitter. So, a sahm has a few options: try to coerce dh into getting out of work and home in time to allow her to make the appointment (this rarely works for me), or schlep all the kids to the appointment with her. You can only imagine the fun times had by all when the latter option is exercised.
I had a dentist appointment today. A dentist appointment I thought was on Thursday when dh could watch the little ones. I knew it would take an hour or so, and I had pushed it last week when I took the whole gang (including myself) in for cleanings. Bophie made it through the all of the appointments then without fussing, but I was with her for the most part.
My appointment today was to replace an old filling so I knew it would be longer than just a cleaning. Dh had too many meetings, so I was really brave and took all the girls with me. It turned out that the patient before me was really late so my 9:15 appointment turned into a 10:00 appointment. We waited in the waiting room for almost an hour before I was called back. My girls quietly read, ignored the television which even at 9 AM was playing commercials completely inappropriate for young eyes. They played with Bophie quietly. I was nervous as I went to the exam room, but I never heard a peep from them.
The dentist's office is really small. I would definitely have heard any arguments over toys, or complaining about time, or fussing from a two year old. I seriously never heard one little noise from them. Thankfully the cups at the water jug were gone so I didn't even have to worry about 8 cups of water being spilled. The dentist and the receptionists were so amazed by the girls behavior they let them come back and pick from the treasure chest. I was so impressed I took them to Panera and let them pick whatever they wanted. There's nothing like cinnamon rolls and bear claws for brunch on a Tuesday.
Posted by Nikki at 1:30 PM

You have great kids because YOU'RE A GREAT MOMMY!